A Day in the Life of Fran McCaffery

While Iowa fans may think they have a "New Kirk," their basketball coach is definitely the same ol' Fran.

Share All sharing options for: A Day in the Life of Fran McCaffery

The rage fury anger antics of Iowa head coach Fran McCaffery have been well documented throughout his first five seasons.

The start of it all was his chair slam against Michigan State. And we cannot possibly forget his court-covering tantrum in a game vs Wisconsin, which led to an ejection after chest-bumping an official. Heck, his anger even gained him some national notoriety, landing him on the front cover of USA Today! Things have gotten so out of hand that a warning system was developed to help any fans in Fran's immediate vicinity..

Now, we at WRNL, being the fine journalists that we are, were interested in Fran's off the court demeanor. Is all the anger just a front used to motivate his team, or is that simply his natural behavior?

Without further adieu, we present: A day in the life of Fran McCaffery.

Fran wakes up 5 minutes before his alarm, and proceeds to destroy his alarm clock.

Fran enjoys a nice hot shower, and gets ready to start his day. When his wife asks him why he's been in the bathroom for so long, he deems her question unfit for a verbal response.

Fran burns his toast, and his face becomes redder than the toaster coils themselves. His wife makes a joke about cooking breakfast on his face. Fran tells her exactly where he's had it up to.

Heavy traffic in Iowa City causes Fran to lose his cool once again. Today has not been a good day thus far. Fran does not want.

As he arrives at the office, Fran is informed that the 450th best player in the country, Daniel Smith, has committed to the Hawkeyes. The Iowa coaching staff is absolutely thrilled to get the 8th best player from the state of Iowa, and the Des Moines Register calls shortly after, wanting to run a front page story on the Hawkeyes being a dream destination for these supremely talented players.

Fran wants a snack, but the vending machine refuses to cooperate and eats his money. Chaos ensues.

A sheepish-looking Adam Woodbury appears in Fran's office. Apparently, he poked someone's eye in frustration after scoring a 50% on his final exam in KIN 380 (intermediate bowling). Fran, again, is not amused.

Fran decides he needs a break, and decides to go out for lunch. On his way to his car, he finds a $20 bill on the ground. 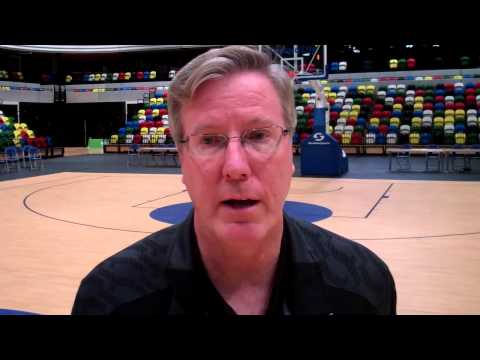 The blazin' wings apparently don't sit well with Fran. He tells his secretary to clear all appointments and hold his calls. 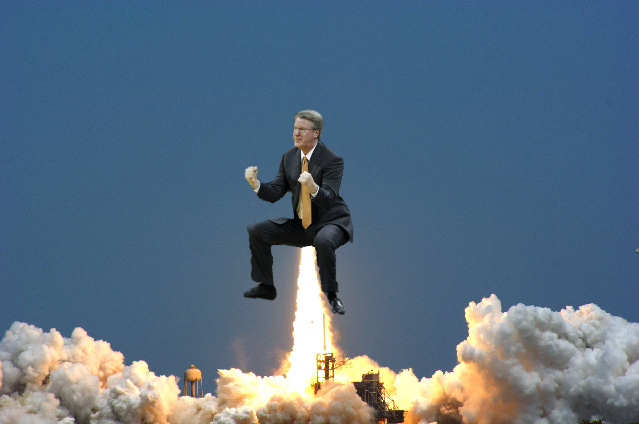 Fran gets a phone call from a Georgia number. He answers excitedly, thinking it will be a phone call from a recruit. When he discovers it's a telemarketer trying to sell him a Magic Bullet Blender, it takes an assistant coach to restrain a furious Fran.

The coaching staff heads to the practice facility, but only finds one player, Adam Woodbury, there for practice. Woody tells Fran that the rest of the team was too busy trying to figure out how to use a computer to buy Rose Bowl tickets to show up to practice. This does not improve Fran's mood.

After a long, stressful day, Fran heads home. Traffic is light, his favorite radio station is cranking out good tunes, and his wife notifies him that she's making dinner tonight. Fran is content.

Fran heads off to bed, his wife right behind him. Having a lot of pent up frustration from a day filled with nothing but problems and Woody's stupidity, Fran is hoping a little lovin' will ease the tension. His wife sleepily says "too tired, maybe next week." Poor Fran.

Be sure to tune in to ESPN2 at 6:30 tonight to see Fran in action, live on national television!

Also, in case you were wondering, Fran's wife now has more cock blocks than Adam Woodbury this season.