Dear Cyclone friends, it's happening again. For the third year in a row, the Iowa State Cyclones seem to be on pace to come up just short in your quest to unseat the Kansas Jayhawks from the top of the Big 12 Conference. For the third year in a row, fan & media expectations for a cardinal & gold-clad usurper have been squashed under the downhill boulder of the Jayhawk juggernaut. The pride & appreciation of being a relevant program after a walk through the wilderness is mixed with the envy & frustration of being just a step behind the bluest of blue blood programs.

You love Mayor McDreamy and thank him for bringing the program back from the Clockwork Orange Greg McDermott Experiment, but quietly wonder if he's got the mojo it takes to sling stones at Goliath. It sucks, I know. Everyone in Austin knows, because you've basically become what the Texas Longhorns were for most of the 2000s: The Second Best Big 12 Team. For years, fans and media alike expected Texas to knock off Kansas, and Texas got achingly close a number of times(including sharing the crown twice). Many of the ambivalent attitudes espoused about the defensive prowess of The Shirtless Wonder - even money Georges Niang is taking the picture - were being said about Rick Barnes(shirtless photo not available) and his offensive issues.

Still, they never delivered the kill-shot that would have truly opened up the conference crown for other schools So here we are, a pair of skinny-fat women standing around at last call, wondering how we missed hooking up with Tom Hardy when he walked through the bar two hours ago. Sure, we're judging each other, running our own internal monologues about how the other obviously didn't deserve a chance and we should be the one combing his mustache with our hip flexors, but the reality is we're both at the bar together, and yet alone. 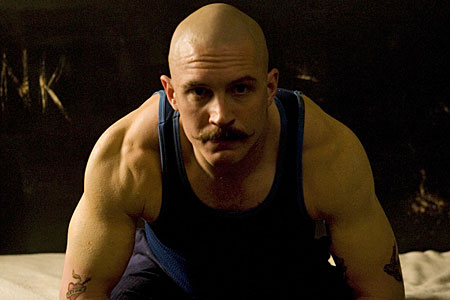 You could've had this, dammit

So what do we do about our common foe? How can we leverage our frenemy status to take out Basketball Voldemort? It's not like we could capture & burn alive a Jayhawk in some sort of ritual sacrifice because I MEAN WHO DOES THAT, THAT'S PATENTLY RIDICULOUS AND ONLY THE IDEA OF A CRAZY PERSON WITHOUT MORALS OR INTERNALIZED ETHICS also because the bird doesn't even exist, I checked. Allow me to throw around a few ideas.