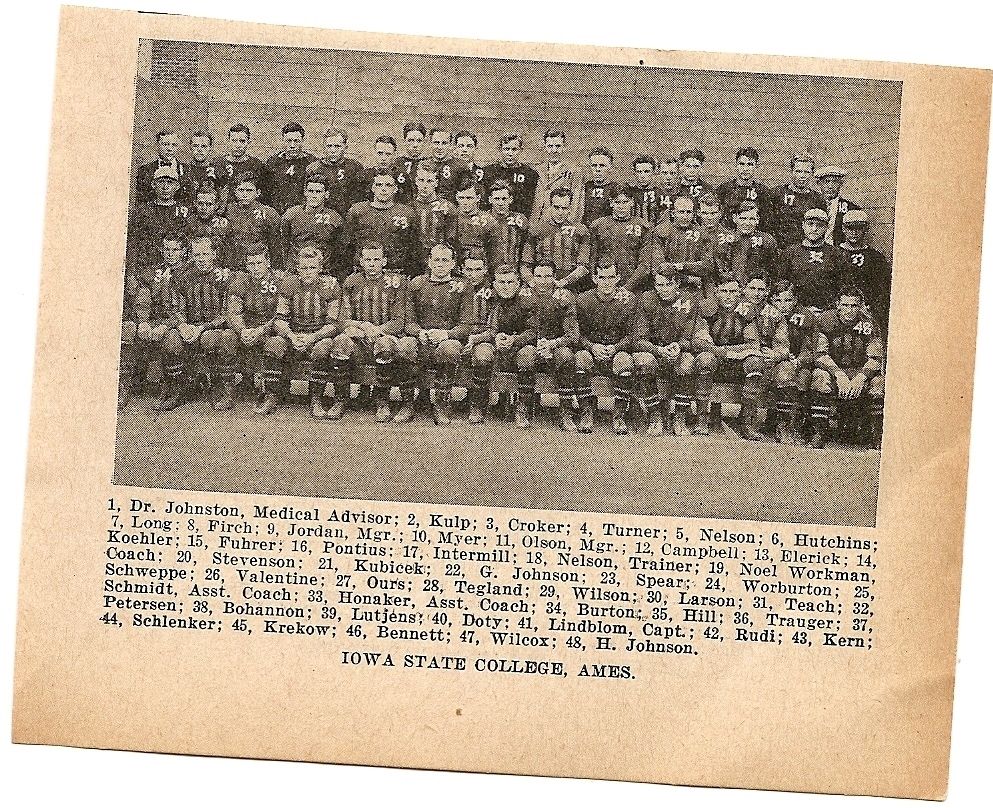 On Thursday, it will be 88 years to the date of our first encounter with Oklahoma. Eighty meetings (as of this writing) later and it's safe to say we've struggled.

1928: This was the first Iowa State team to prevail against Oklahoma. The 1929 Bomb has a good quote about how this game went for the Sooners, "The Oklahoma offense was powerless." Things that you'll never hear again for 600, Alex. 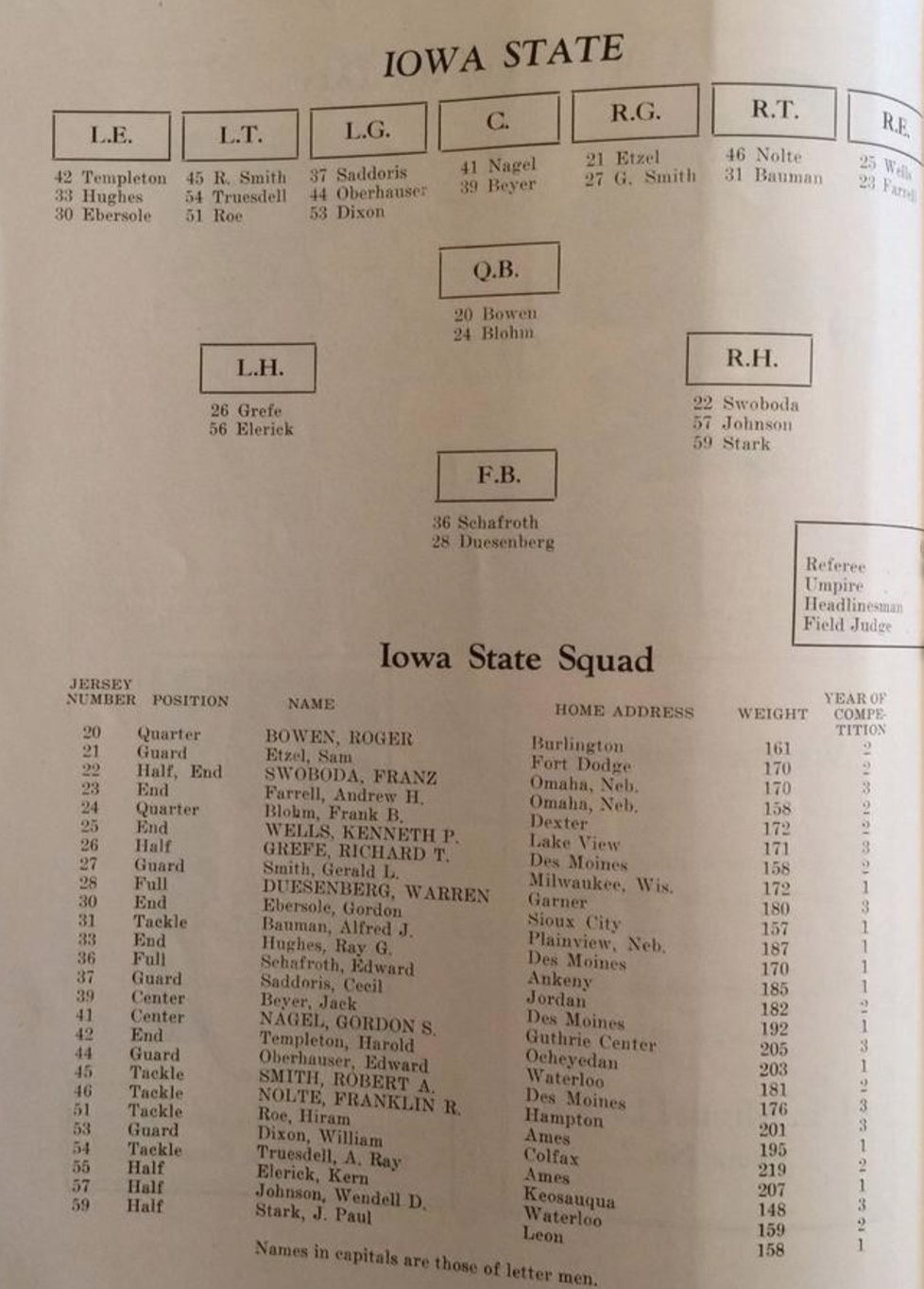 1931: Coach Noel Workman was fired after a 0-9 season, and Coach George Veenker from Michigan was hired. From the 1932 Bomb, "Toward the latter part of the game, Oklahoma threatened to score several times. Oklahoma threatened to score several times. Twice they attempted place kicks from within the 10-yard line, only to fail, and on a third occasion Wells recovered a fumble in that territory to assure Iowa State of victory. Grefe's running and Bowen's play was outstanding in this game." 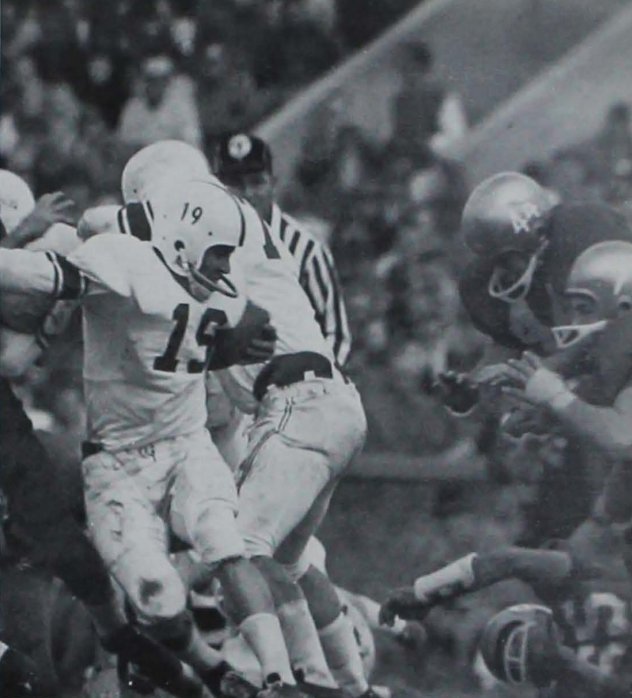 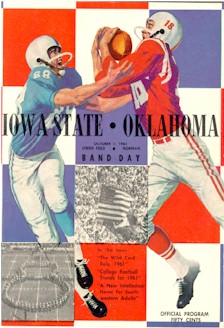 1961: Back to back defeats of Oklahoma? Amazing. 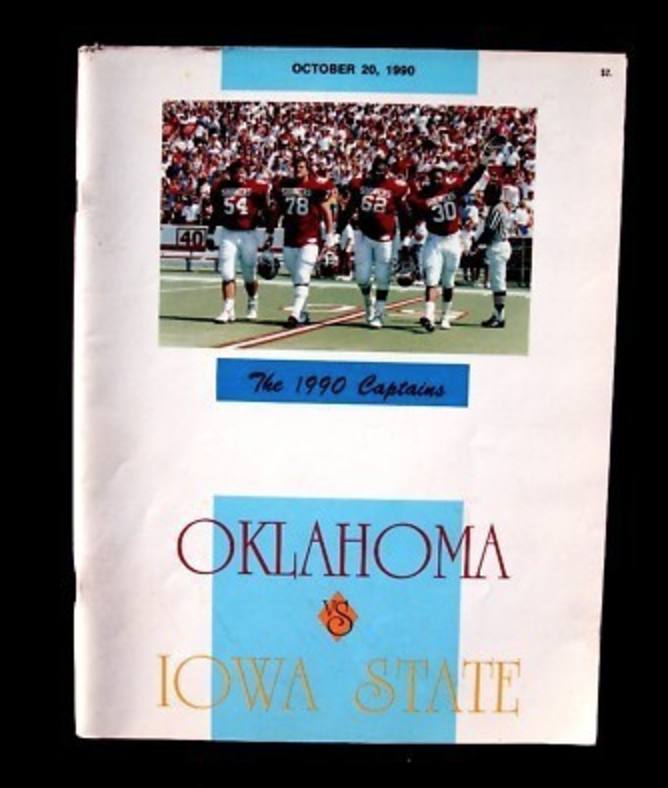 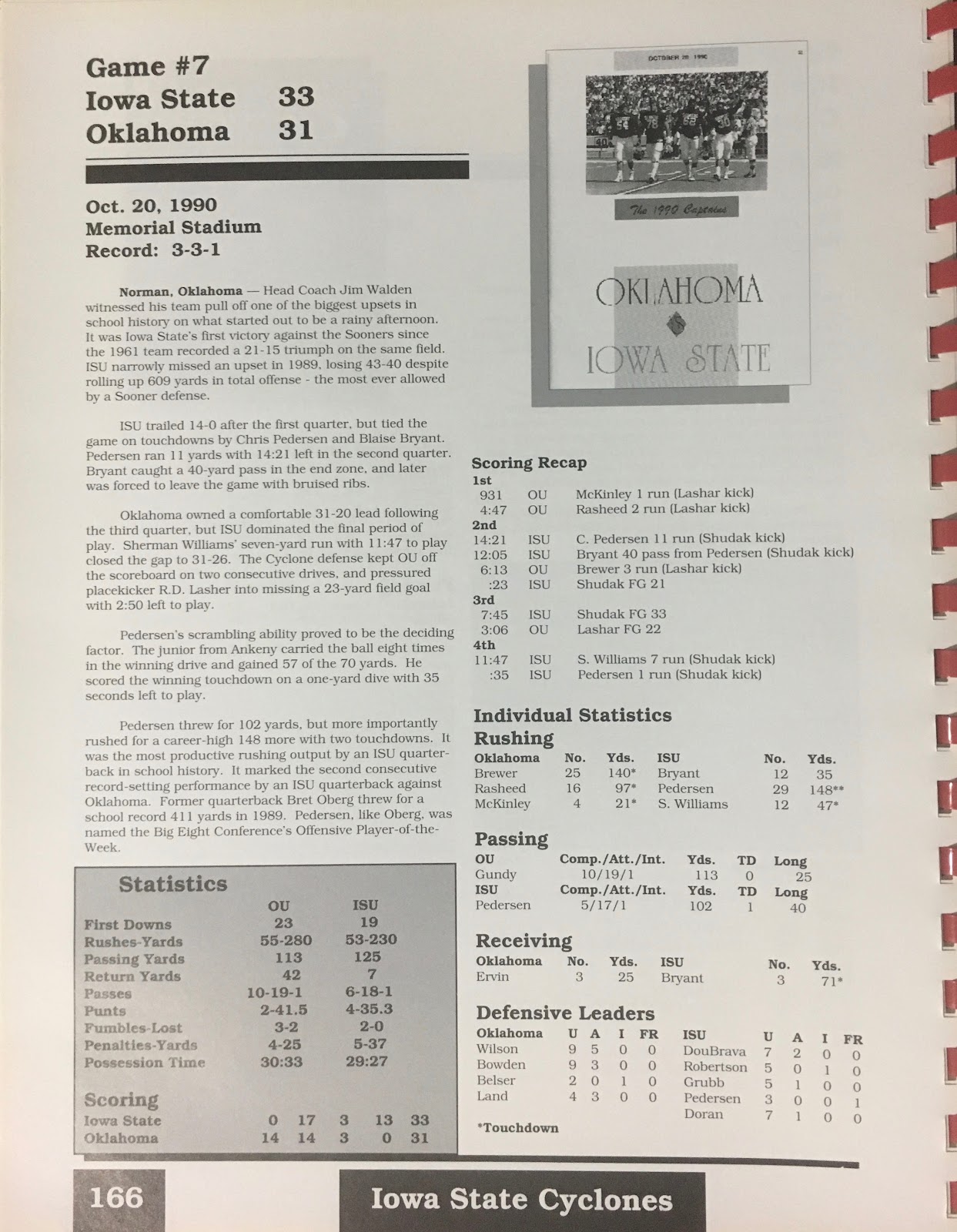 1990: ''We had to play our guts out,'' said Jim Walden. ''This is Oklahoma we're talking about, where football was invented. I could die happy right now.''