Yesterday was National Beer Day, ladies and gentlemen. I hope you took some time out of your busy schedule to enjoy this prestigious (though somewhat dubious) national holiday day. Whether you had a cold one after work, started your weekend a night early, or snuck out of work after lunch to tie one off in the middle of the afternoon, you've celebrated accordingly.

Here at Wide Right & Natty Lite, we like to think we bring you more than the hottest of takes and the (sometimes) funniest of Iowa State sports related humor. Some would argue that our sports teams are a joke themselves, but I digress, We also pride ourselves on our affinity for booze. Beer, in particular.

From KnowDan & NormanUnderwood's beer snobbery to Narber's slightly creepy love affair with IPA's, or graphikdeCYner's unprecedented collection of untappd badges, we like to think we know our beer. So, why not share some of that knowledge with the one group who probably loves beer more than us? (hint, it's you guys)

Now then, for the important stuff. Starting at about 6:30 yesterday evening, I headed to Risky's Bar and Grill in Lincoln to begin what I've dubbed a "Tour of Shitty Light Beers," and I brought you all along for the ride.

As far as a format goes, I will tell you what I was drinking and when, and then proceed to rate said beer on a scale from 1-10, with one being the equivalent of horse piss, and 10 being an actual good tasting, refreshing, smooth light beer.

Let's begin, shall we? 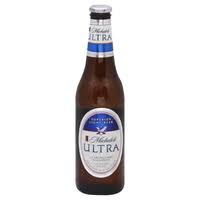 General comments: Now, when some of you see this, you may ask... Why? My answer here is two fold. For one, it had been in my fridge for about a month, and needed to be finished off. And two, I felt that some water would probably be needed to hydrate me for the night ahead.

Final thoughts: Not a bad beer, if you're on the golf course, watching your weight, are over the age of 50, or if it was the only beer your parents had left in the fridge. Overall, not a bad tasting beer. But in order for the average Iowa State fan to get drunk off it, they would have to drink about the same amount of beer as water that flooded Hilton Coliseum a few years ago.

General comments: Admittedly, it took me a while to get through this beer. I mean, I've had PBR plenty of times, but that doesn't mean it's grown on me. And since it was National Beer Day PBR was, of course, on sale at Riskys. It's a classy establishment.

Final thoughts: Where do I begin with this beer? It doesn't taste great. At all. It's a little grainy, and feels almost like a Budweiser imitation. The label is even red, white and blue for land's sake. It's a beer you drink because a tallboy costs $2 on Tuesday night, but hate every second of it. They do have legendary commercials though..

General comments: The Champagne of Beers my ass. Beer in clear or green bottles actually gets spoiled by light. It's science, I swear: I took Biochemistry of Beer at Iowa State, honestly! I have a love/hate relationship with this beer. On one hand, a 30 rack at Wally World costs about $14.50. On the other hand, you can spend $4 more and get something way better.

Final thoughts: Normally, something having a blue label means it's better than the original. Nice try Miller, but I'm not falling for it. While this beer isn't terrible, it's not as good as Miller High Life. Which, to be honest folks, isn't that great either. But in all honesty, this beer has a decent taste and a nice-ish aftertaste.. Not bad.

General comments: Quite honestly, I'm shocked the bar had this on tap. I've never had it before...

Final thoughts: Now I know why. Goodness gracious this beer is awful. Seriously guys. Drink used motor oil out of a '79 Ford Pinto before you drink this beer.

General comments: Bud Light is such a Nebraska beer... Seems super popular over here. Not really sure why, to be honest with you. And yes, Bud Light and the like qualify as not-so-good light beers, even though they're the light beer heavyweights.

*Personal update: At 8 p.m. sharp, I conducted the following activities: broke the seal, ordered sweet potato fries with extra ranch, and hit on the waitress.

Final thoughts: While Bud Light may be smooth, and not have that bad of a taste... For some reason, this beer always tastes warm to me. It could come straight out of an Eskimo's kitchen and still be warm, I swear. But, not bad.

General comments: Ahhhhh, Busch Light. Finally, a beer I can relate to. Busch Light is a hard working, easy drinking light beer made mostly from Iowa corn. In fact, I'd put it up there with Madison County's covered bridges, the State Fair, pork tenderloins, and ESPN switching Iowa and Iowa State's logos around when it comes to Iowa traditions.

Final thoughts: If you couldn't tell, I greatly enjoy this beer. But it does have its shortcomings. The aftertaste can be overly sweet from time to time, and the quality isn't exactly consistent. Regardless, this isn't a bad beer at all, and the label doesn't lie.. It's a "great taste in an easy drinking light beer."

General comments: Well, I'm officially starting to feel this beer, but I must continue. Which brings me to, like, the most polarizing light beer on the planet. Some guys say it's only for old guys. But some young guys like it too, especially since they've gone and went all retro with their label. It's a riddle wrapped in a mystery inside a glass bottle.

Final thoughts: Personally, this beer has grown on me, kinda like a toe fungus on your little toe that you try to ignore but have to pay attention to every now and then. Is it great? No. Is it as bad as some people (TED FLINT, GIVE IT A REST) claim it to be? I don't think so. While it can be a little dry (is this wine?), it's definitely a decent (not fine), pilsner beer.

*Personal Update: At this point in my night, I had to leave the bar (Yes, I needed an Uber) to get my final 3 beers of the night from my neighborhood Kwik Stop. At this point in the evening, I was definitely not the soberist. Regardless, beer goes.

General comments: The gas station only had these in sixers of tallboys, so I decided to go big or go home. I did end up going home, but rest assured, I didn't drink all six. I know you've all been waiting for my review of the beloved Natty Lite, so here goes...

Final thoughts: How can you not love this beer? In Ames, where 30 pack availability is seriously limited (FOR THE LOVE OF GAWD WHY), Natty Lite is a go to for parties, tailgates, and crushing beer before 2 p.m. ice intramural sports. Just because you can't get it at a bar doesn't mean it isn't a viable option. Besides, Iowa State athletic history is steeped in Natty Lite. I'll even bet that Pollard, penny pincher that he is, cracks open a Natty after a long day at the office.

General comments: Friends, family, and internet people I don't know, I'm sorry for having to taste and rate this beer. But, the gas station didn't have much selection, and I don't exactly live in the spiffiest part of town. Nonetheless, I've opened it... Let's hope I'm too drunk to taste it.

Final thoughts: Nope. I could still taste it. Let's just say it tasted like Budweiser had a foursome with stale beef jerky, Lake Laverne water, and a roll of paper towels. But at 99 cents for 25 ounces, can you blame a guy for trying it?

General comments: The last of the gas station beer... At this point, I'm not sure it really matters anymore. Why on earth did I get myself into this... Wait a second. Isn't this the beer that everyone claims tastes like Coors light or something? Coors Light, what an Iowa City beer. That and Old English. And probably Steel Reserve.

Final thoughts: To be honest, in mt drunken state, I expected more out of this beer. No part of this beer was enjoyable. Coors may make this beer (I think), but it's probably the beer equivalent of prison toilet wine. I can see the light now.. Does it really matter anymore? I'm pretty sure beet wine would do the trick at this point.

Thakns for following along, boys and girls. I hope you learned a thing or two, about beers you should appreciate, and beers you should avoid like the shot girl in a tiny dress at that club downtown selling hurricane shots in a test tube; trust me, you'll regert it in the morning.

Editor's Note: We pretty much left this unaltered from the original submission because it's funny to see guys lose their grip on the English language as the alcohol takes over. Also, we dangled a bonus over CyHusker's head for rating the Natty as high as he did.