Bevo ribs for everyone!!

It’s been just under a month since our beloved Syracuse squad has taken on an A.P. Top 20 squad, this time Syracuse had the fortune of playing a very tough Texas squad on basically their home field for a bowl game. How preposterous. 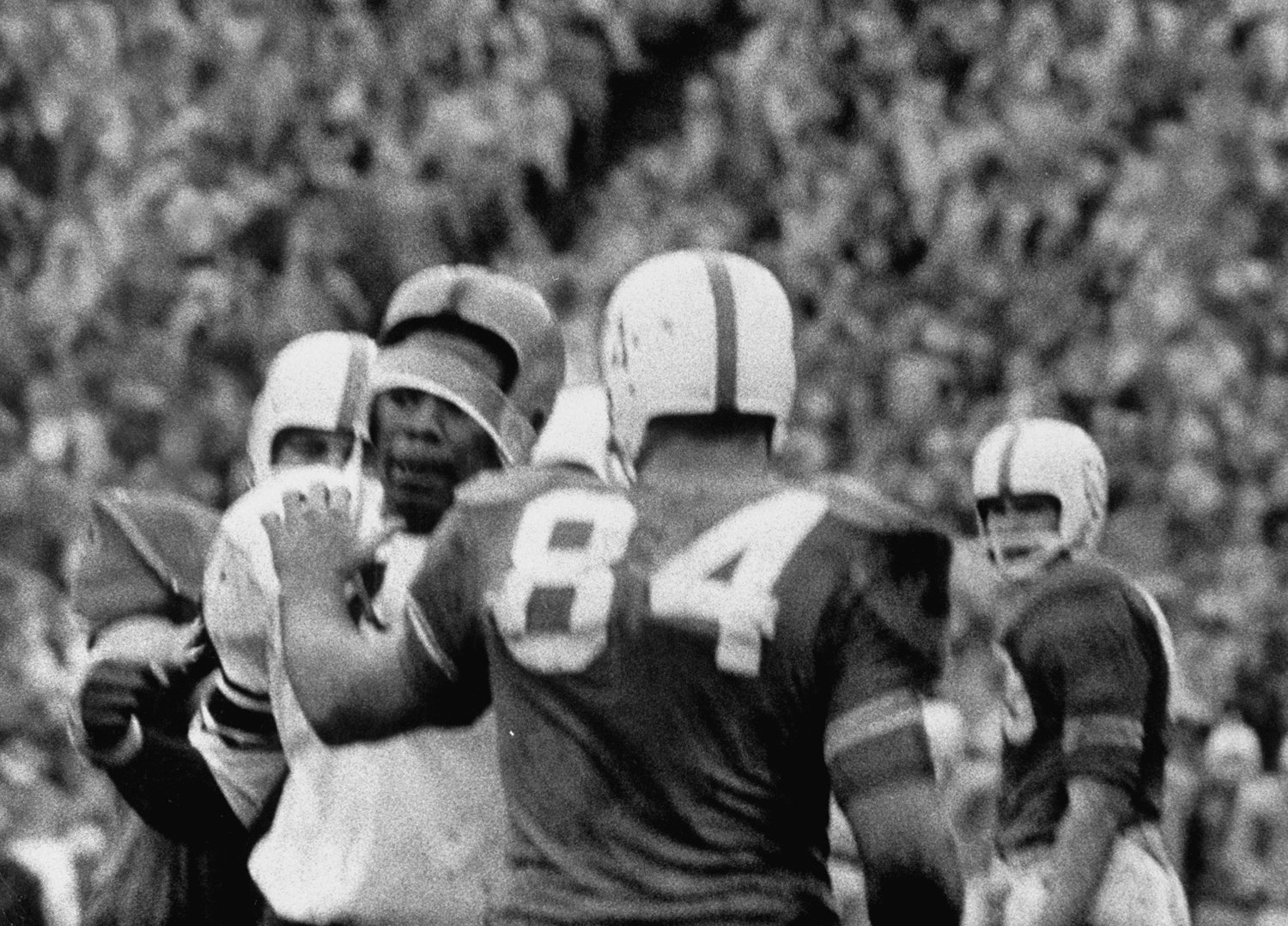 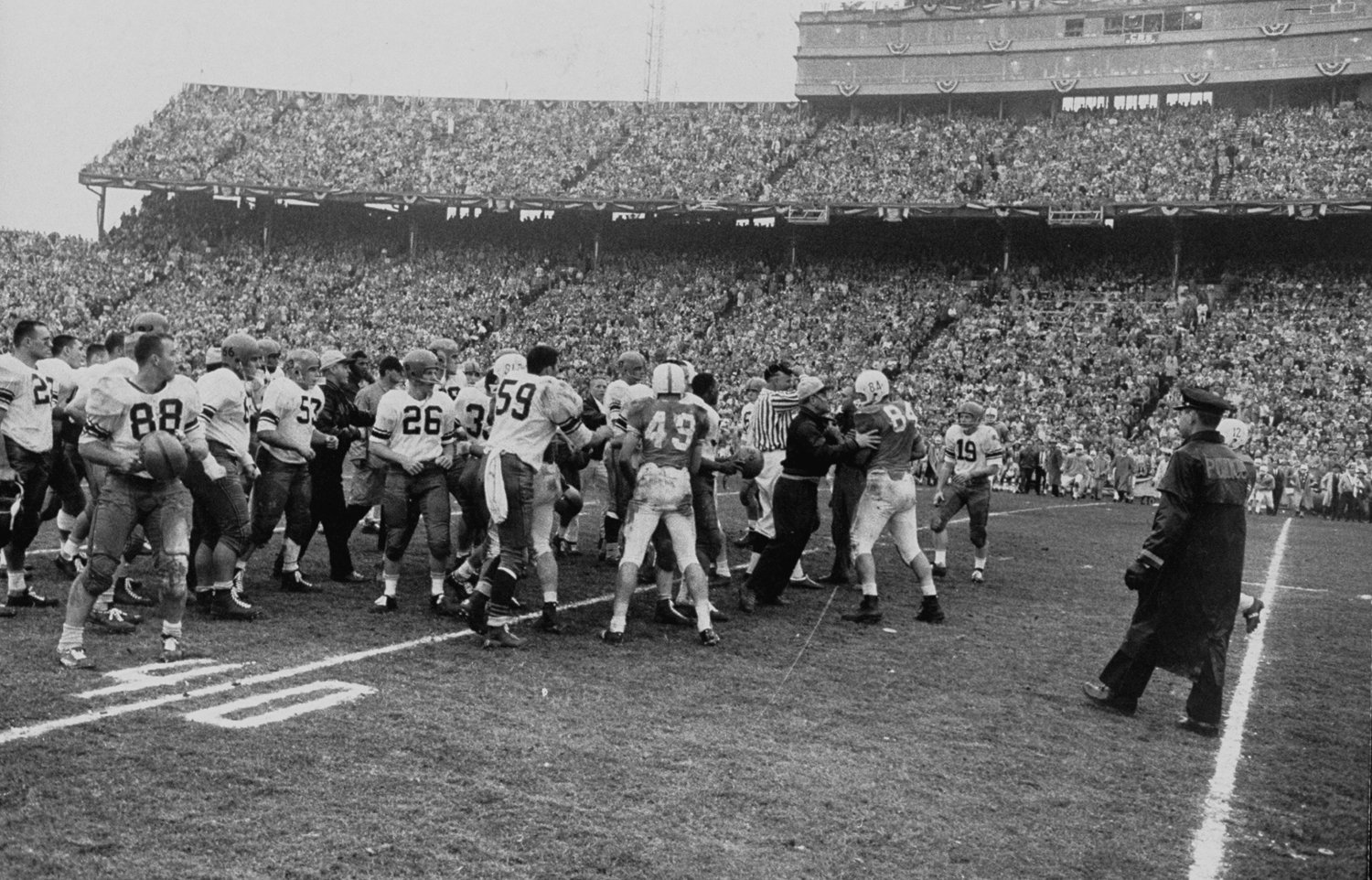 Through no fault of their own, the Orangemen found themselves in many fights due in part to racial epithets thrown at them by the Longhorns. The quote below is from a LIFE magazine from January 1960.

At first in the game, the Syracuse players outdid themselves in showing what good sports they were, helping blocked Texans off the ground and slapping their rumps for friendly good measure. But this was short-lived. “Texas was really dirty,” said one Syracuse player afterward. “We’ve never met a bunch like that before.”

What enraged them most was that much of Texas’ dirty play seemed to be directed toward Syracuse’s Negro players. Once when he was plowing through the line, said Negro fullback Art Baker, “one of them spit right in my face.”

John Brown, a Negro lineman, played nose to nose against 235-pound Texas tackle Larry Stephens. To goad him off balance, Brown claimed, Stephens kept calling him “a big black dirty nigger.” Finally, Brown warned him not to call him that again. When Stephens did, Brown swung.

Afterward Stephens apologized to Brown. But Brown had already forgiven him. “That Texas boy was just excited,” he said. “Let’s forget it.”

With no Ernie Davis to start the second half, the Orangemen were noticeably deflated. Evidence of this being a 69 yard pass from Texas quarterback Bobby Lackey to Jack Collins who caught his only pass of the day to bring to 15-6 with 13:14 left in the third quarter. Syracuse would soon turn it over and Texas would make it 15-14.

Ernie’s first play in the second half resulted in a short gain that would be crippled by a fumble recovered by Texas. Surprise surprise, even though Ernie’s knees were down, it was still called a fumble. I sure hope refs won’t be incompetent in the future if they are able to rewind the live action and see it in slowed down time.

Great blocking, paired with his typical outstanding running game, helped Syracuse win this game. Ernie even snagged an interception in this game. Talk about versatility for a running back. He even caught a yard pass for an 87 yard touchdown. I expect him to be a Heisman winner in a season or two.

Trusted his process, loved the process, and it loved him back by beating an elite Texas squad.

The Syracuse offensive line did as well as the could to hold back Longhorn stalwarts Clay Taylor and Pete Logan. Their blocking allowed Davis to have a huge run to the Texas 3 yard line, where All-American tackle Jack “Too Bad I’m From Philly” Buckley helped him up. The unbalanced offensive line would lead their way to back-to-back touchdowns. If the O-Line didn’t hold their own in this game, Texas would’ve made the game considerably more challenging for the Orangemen.