Remember when Iowa State shutout UCLA at the Coliseum?

Share All sharing options for: Classic Games in Cyclone Football History: 1926 at UCLA

The year is 1926 and Iowa State is riding a two game win streak in the MVIAA with wins over Drake (13-7) and Kansas State (3-2). Noel Workman, in his first year of coaching at Iowa State, is coaching against William H. Spaulding.

The two coaches coached for different schools for the 1923 season, for Simpson and Minnesota respectively, so they both got to know who Jack Trice was. I note this, as the Cyclones have the second black athlete in school history on their roster, Holloway Smith1.

Holloway is featured in the above preview from the LA Times.

After playing Kansas State, the team took a train off to El Paso, then towards Tucson (where they spent three days2) and then Los Angeles, as witnessed by page 107 of the 1927 Bomb below.

The 23 Cyclone gridders would arrive around 10:25AM on November 26th, and were welcomed by UCLA students and a light drizzle3.

Joe Fleming, the aforementioned Bruin, was the first All-American in UCLA football (per the 1929 Southern Branch yearbook). The LA Times really hyped him up on the day of the game in their paper, and rightfully so seeing that he scored all 26 points in a win against Redlands just two weeks prior.

Below are the projected lineups for the game from LA Times. 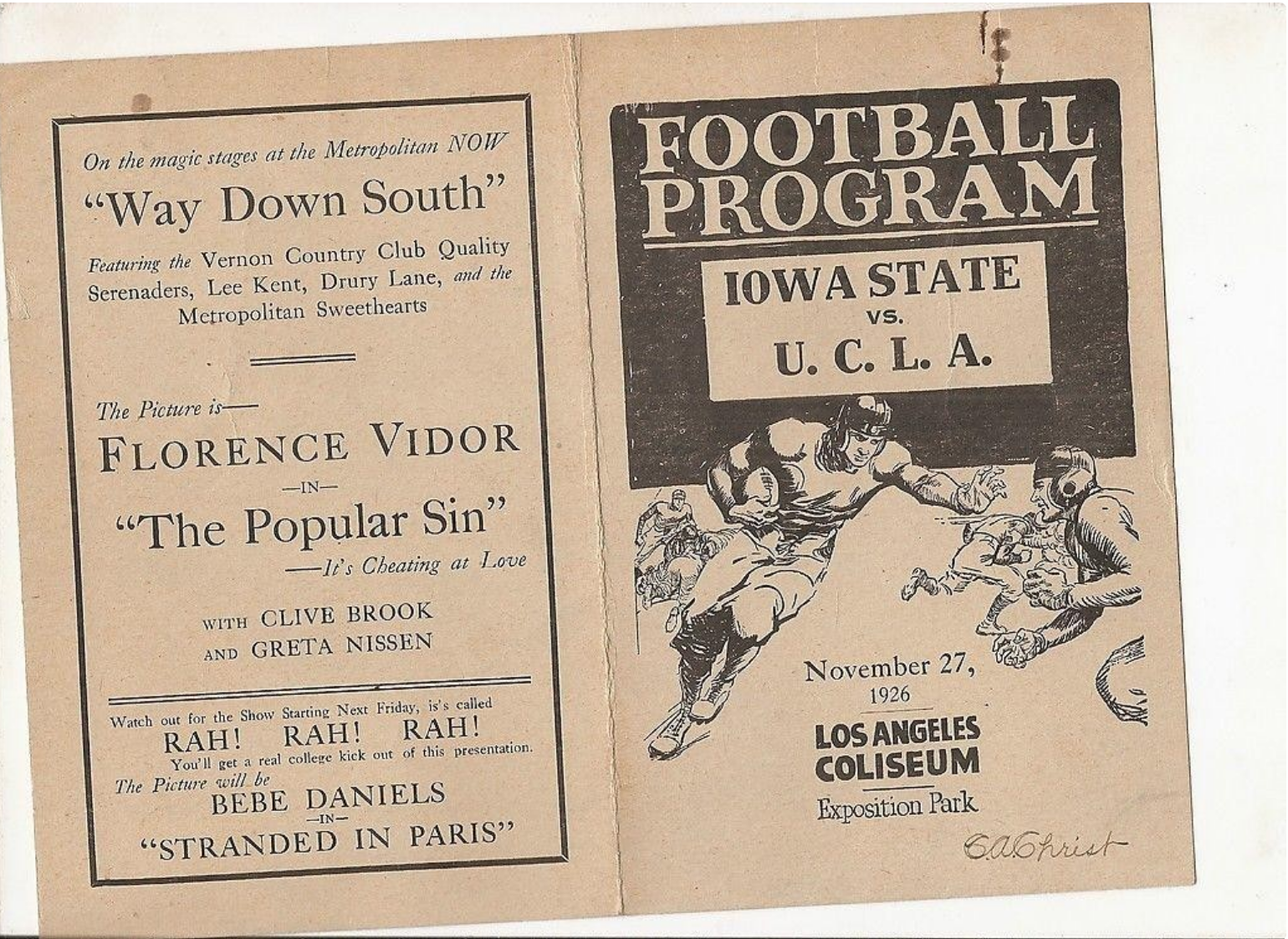 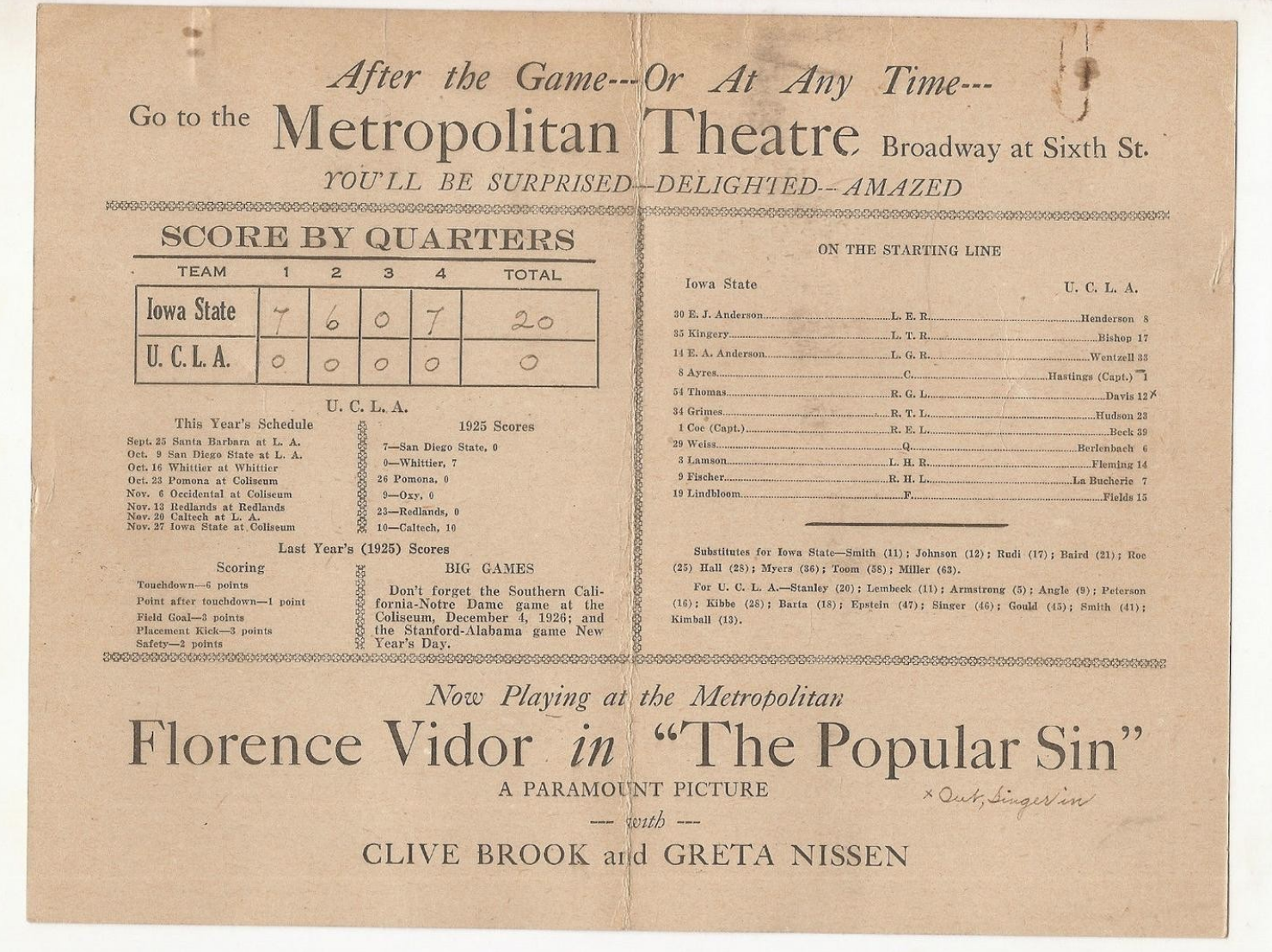 How the Cyclones Maltreated Our Bruins