So very nearly another Cyclone win in Norman.

Share All sharing options for: Iowa State Swirls Back from 14-35 Second Half Deficit, Falls 41-42 to #9 Oklahoma

Parnell Motley (11) was the savior of the ninth ranked Sooners Saturday night when he intercepted Brock Purdy’s two point conversion with 24 seconds left.

The Cyclones started this game very poorly, CeeDee Lamb had a 48 yard touchdown reception 1:18 into the game, and Jalen Hurts faked a handoff before taking it in from eight yards out 5:32 into the game. 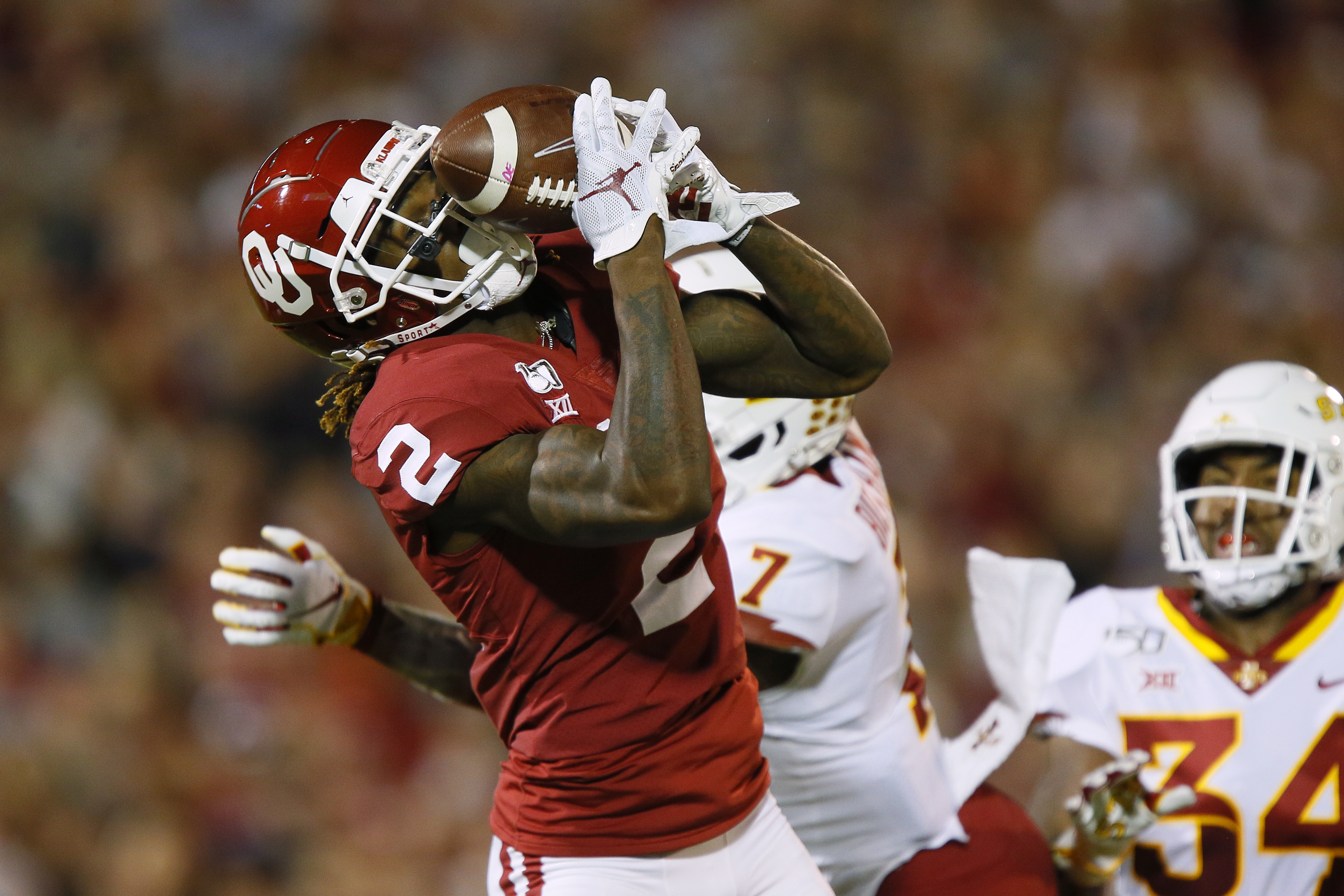 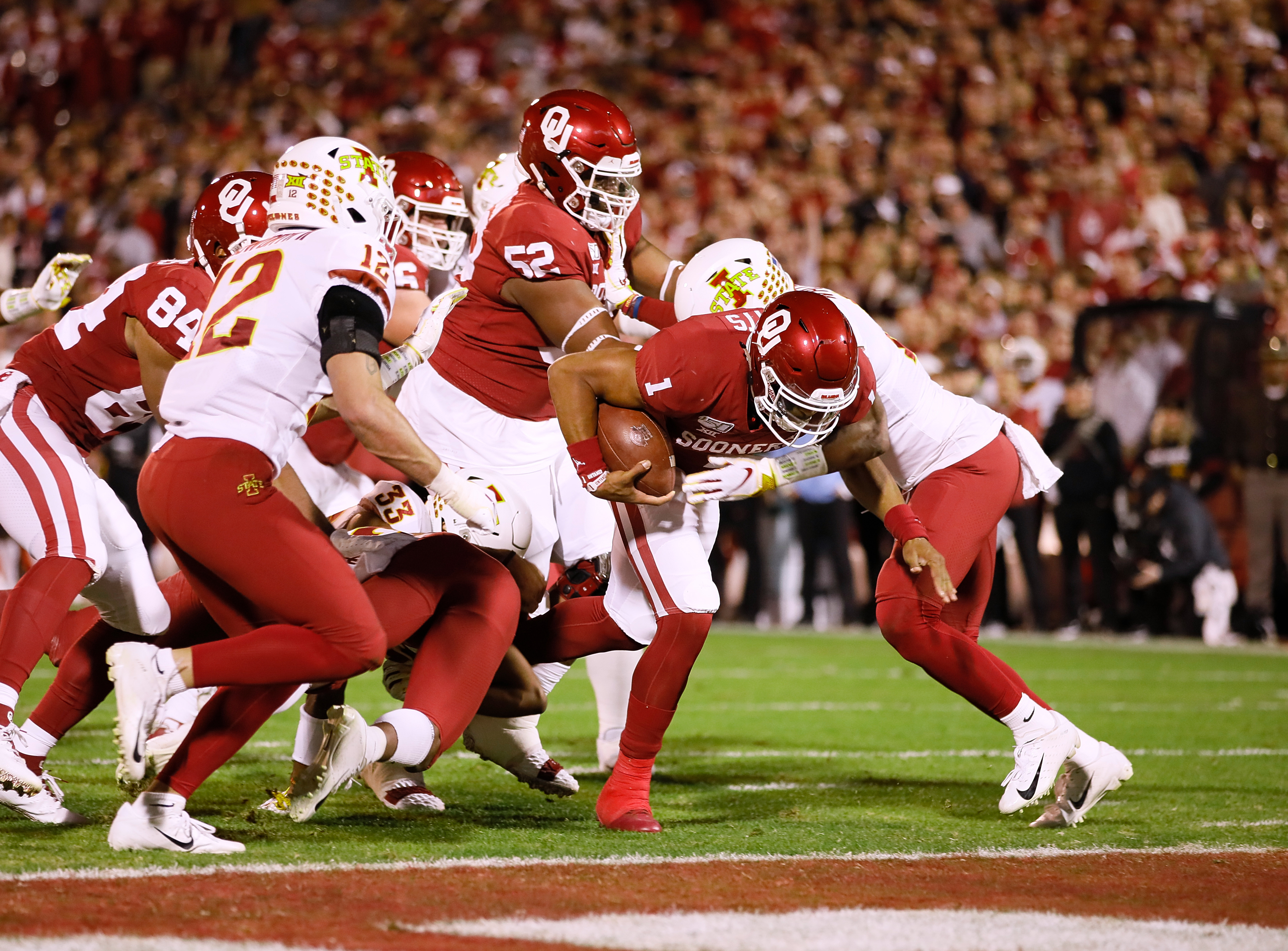 Brock connected with Tarique Milton five minutes later and “the freak” sped 40 yards to make it as close as it would be for the first.

The second stanza was the CeeDee Lamb show, with a 62 yard reception that went about 85.6 yards for the fourth Sooner touchdown of the half.

Soehner found open field with six minutes in the first half and stormed his way in from 23 yards out.

Hurts closed out the half with another touchdown, and the Cyclones would be down three scores.

However, Iowa State’s opening possession of the second half and many in this half looked good.

Eight plays, 75 yards and 4:38 off the clock and a touchdown made the scoreline 21-35. A three-and-out by Oklahoma seemed like the tide started to shift, only for the Cyclones to respond with their own three-and-out.

Rivera’s punt would land on the OU 3, and it seemed again that the odds would be in the Cyclones favor, but somehow someway Kennedy Brooks scored on a 48 yard rush.

Following a good Kene return, Re-Al made a one play appearance. Brock would steadily pace the Cyclones down the field before allegedly* throwing it to Chase Allen from the three. *The touchdown wasn’t shown on the broadcast

Oklahoma’s next drive featured a fumble recovered by O’Rien Vance.

The ensuing Cyclone drive started well, but sputtered on an incomplete pass to Milton on 4th-and-Goal on the 13. No problem, as Sean Shaw would score a touchdown to make it 35-42.

Oklahoma responded with two rushes before Lawrence White came along and finally reeled in one of those elusive interceptions to give the Cyclones more life.

Iowa State’s Charlie Kolar would score from 13 yards out, but the two point conversion wasn’t to be and the Cyclones would lose 41-42.