The Cyclones have made the #ClimbtoColorado which will take place May 24-26.

440ish people piled into the Cyclone Sports Complex today to watch the Iowa State Cyclones (34-23) take on Purdue (34-28) on a blustery, cloudy Saturday.

After grounding out, back to back singles, a strikeout, Purdue was looking to come out Swanigan—er, swinging. Jenny Behan was on second, and Mallory Baker was on third when Kasey Wilhoit hit this single to right field.

Two Boilermakers are stranded in the top of the 1st.

Sami Williams started off the bottom of the first inning with a single to right, and made her way to third thanks to a sacrifice bunt and a wild pitch. Talyn Lewis eventually brought Williams home, and the Cyclones went up 1-0. Unfortunately, Sydney Stites (BBKFS) and Kasey Simpson (BFBKK) both struck out to end the inning.

The second inning saw both teams get a hit, and leave at least one runner on base.

The top of the third saw Rachel Becker double to left center, followed by two Boilermaker groundouts, followed by a two-run shot by Lexi Huffman to put Purdue up 2-1.

Sydney Stites would get the Cyclones back on top with a two-run home run to left field. 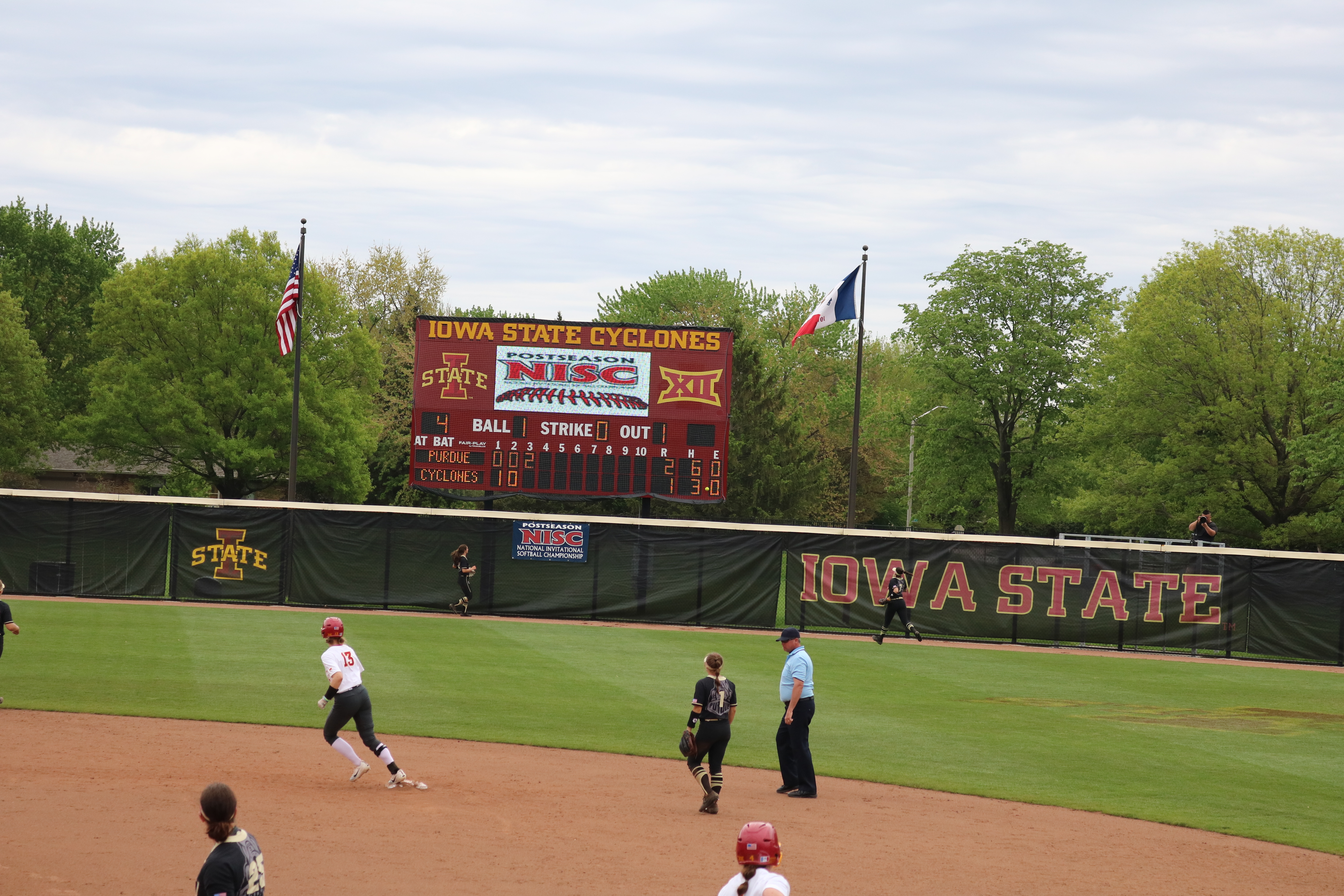 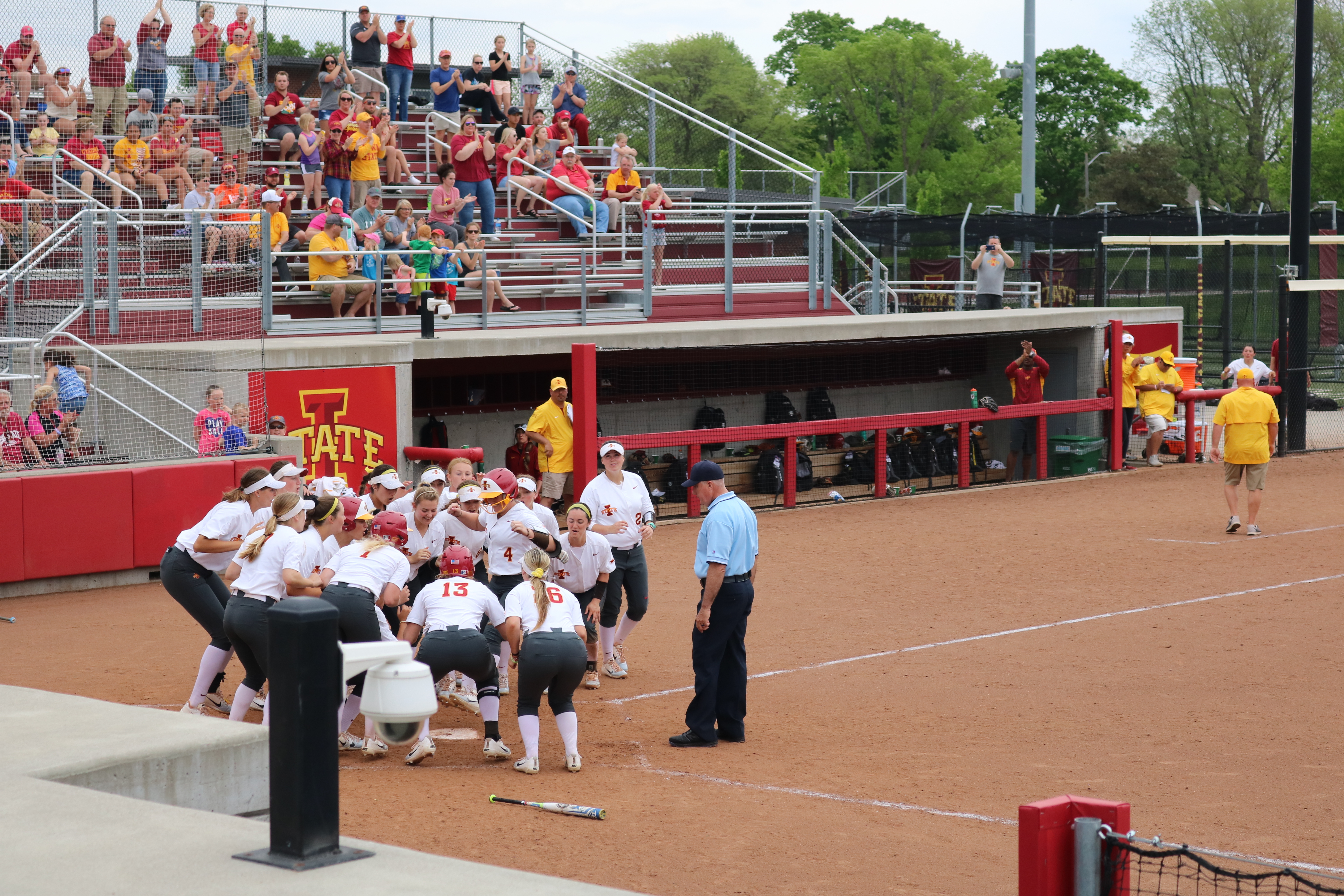 Back to back Cyclones would be hit by Purdue pitches, but the Cyclones couldn’t advance any more baserunners home this inning.

The top of the fourth had three up three down for Purdue.

The bottom of the fourth had two Cyclone runs thanks to a Talyn Lewis double which allowed Kaylee Bosworth and Sami Williams to come home.

Purdue tried to make things interesting in the top of the seventh with a Rachel Becker home run, but no momentum would come of it, and the tally would finish 5-3, Iowa State.