This is not a helmet ranking, or a pant ranking. It’s a ranking on the meat of a uniform sandwich, the shirt.

This week, we’re looking back at some of Iowa State football’s best uniforms, and are attempting rank them. Some will be a complete set from a particular era, and some will be individual uniforms, possibly an alternate uniform or one used for a particular game. Let’s get into it. 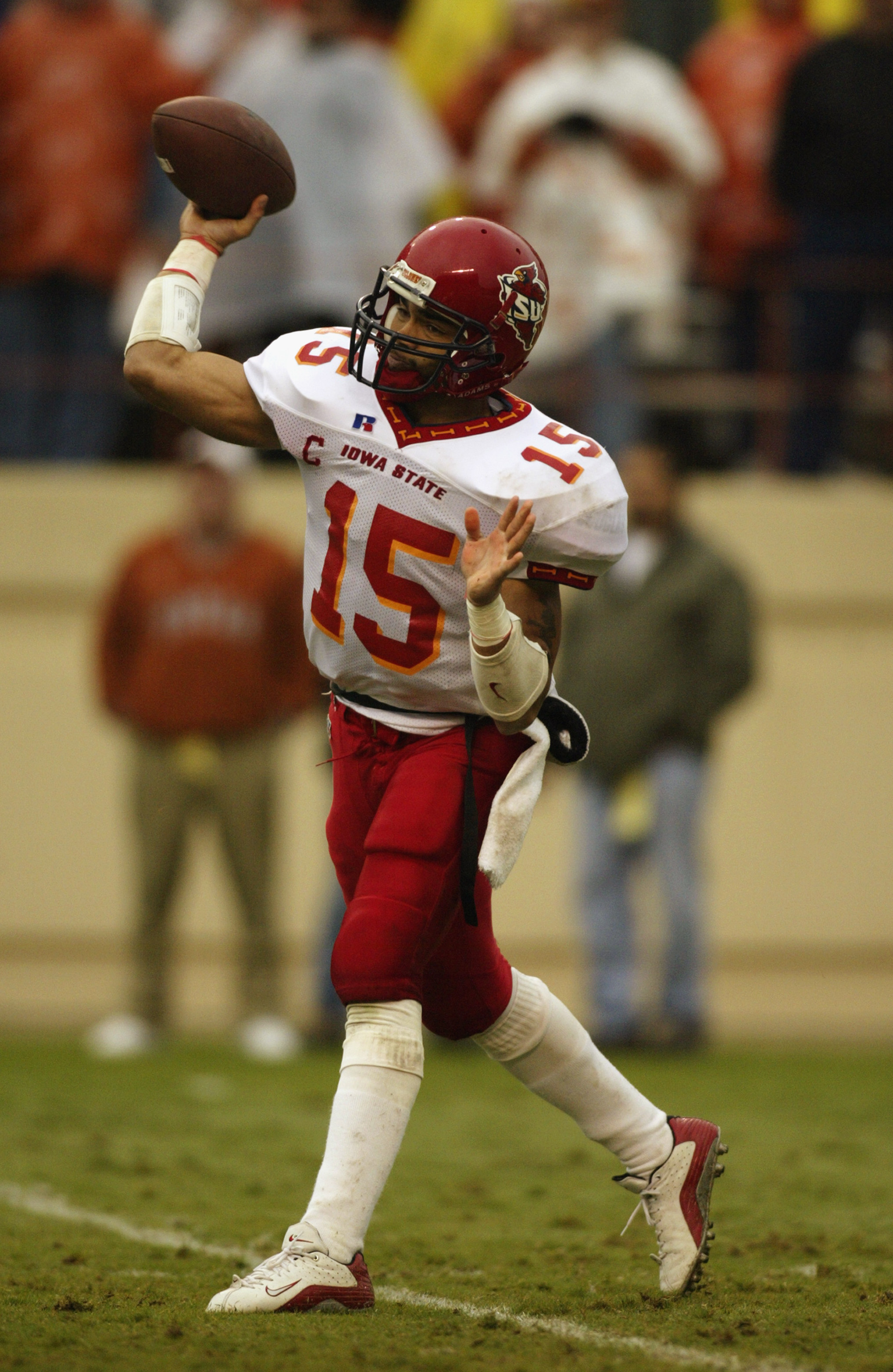 I’m partial to these, as seen in my 100 Things article on Tertiary Blue. To sum it up, these jerseys are my earliest Cyclone football memories and this jersey is peak late 90s. Awful taste, but great execution. Shadow numbers shouldn’t come back, but, can you imagine how much more bland this jersey would’ve been if it was just flat gold or flat cardinal? Yawn. The I-Bones, also, make this the top jersey in school history for me.

Moments: the rise of Sage Rosenfels, the first Bowl win in school history, almost beating Alabama and The Run.

Sure we went 2-6 on the season and ended the season by being shut out by Villanova 0-26, but LOOK at that number font. It is by far the best number font we’ve had in school history.

Additionally, this jersey (colorized here, along other jerseys, from 1947-2014) is the first in school history to have vertical shoulder stripes.

For those that know trends of threads, USC changed their jersey for the first time in 31 years when they came out with their current look in 2002.

Iowa State brought the vertical shoulder stripe back for the 1977 Iowa game.

POINT BEING, if anything, USC copied Iowa State, not the other way around. I suggest you let that one marinate.

Did you know that the BEAT IOWA jersey and the Peach Bowl jersey are the very same one? If so, thanks for reading my article about that. If not, well, the more you know now. I really like these jerseys because it’s the only bowl jersey in school history to have a bowl logo on the shoulders, as most bowls did at that time, until they became patches around 1998-1999.

Before you say black isn’t a school color, don’t make me pull out a pre-October 1899 newspaper out. Either way, these things are sharp.

Moments: Mike Rose’s pick-six against Kansas State in and going down Ass Alley against Texas.

Whenever I play my copy of NCAA Football 13 on my PS3, I choose the gold jersey. In the 2008-2017 period, there wasn’t a lot to cheer for uniform-wise. All whites on the road and cardinal-cardinal-gold at home. BUT THEN on a very cold night at Jack Trice Stadium against No. 14 or 15 Missouri, Rhoads pulls these out as something unique.

The 2010 version is better than the 2014 version below because it looks cleaner (to me) without the conference patch.

ARE THOSE LIGHTNING BOLTS ON THE SLEEVES? I’m also pretty sure this jersey, like the black collared 2018 version in the header, says “Loyal Sons Forever True” on the collar, so that’s cool.

So I’m watching the first half of the 1972 Liberty Bowl in my study, and I found a curious lack of continuity in jersey striping.

Moment: Back to back bowl games.

Gene Williams, this one’s for you.

As Gene said in our interview, these jerseys saw lots of fights in his senior year, so it’s a perfect jersey if you want to be a mauler, baller OR shot caller.

Moments: These uniforms saw the best of Walden. 6-5 in 1989, beating Oklahoma in 1990, a blizzard against Colorado and beating Nebraska in 1992.

Of the jerseys that I own, the 1996 Russell Athletic jersey engineered for Iowa State is perfect. Very light, very vibrant AND it doesn’t have a player cut so it’s loose on the arm (not that it’d make a difference on me).

Plus, these jerseys were a bright spot for a decade that really needed it thanks to the elite Troy Davis.

The away was alright. 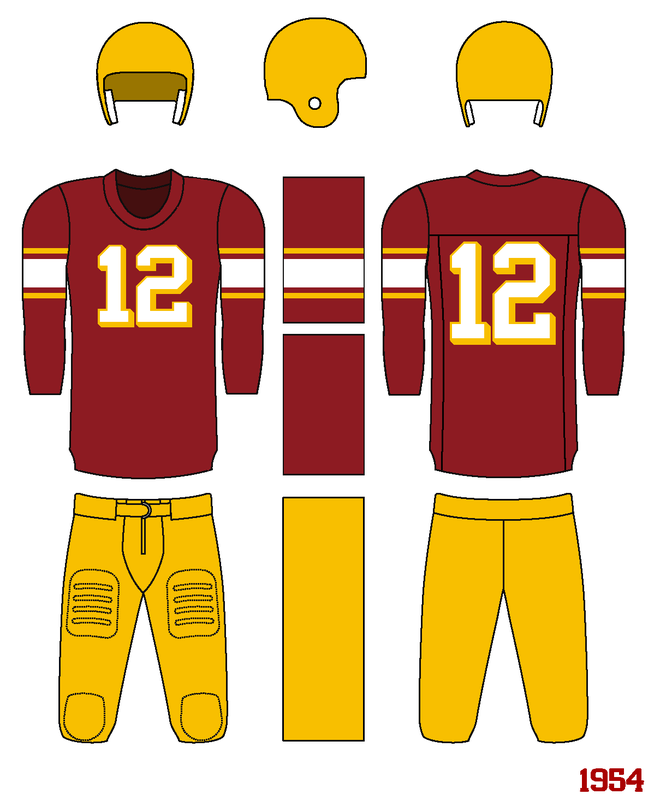 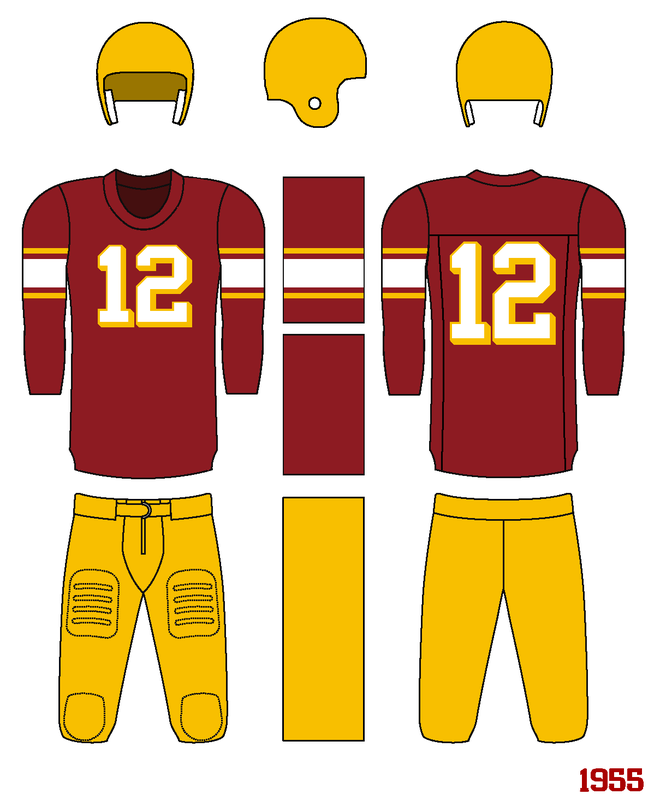 Something about shadow numbers always gets me going, so, it gets the vote from me.

Unfortunately, these jerseys only saw four wins in two seasons. However, Mel Wostoupal, Max Burkett, Weldon Thalacker and Bob Bird were some of the Vince DiFrancesca coached Cyclones that wore this jersey

Moments: Scoring 33, 34 and 35 points in wins in 1954 and losing to a school that would drop football five years later.

Our most recent away jersey is one of the cleanest we’ve ever had. The number font? Sensational. The collar? Pretty good, better than the 2003-2007 Away.

This jersey is where the remainder of my childhood memories reside. Sliding down the hillsides on cardboard flats, avoiding a tornado in 2005, trying to be “Todd Blythe Jr.”, or meeting some of the team at my elementary school in 2003.

Moments: Only losing 40-19 in Vince Young’s first career start, winning the 2004 Independence Bowl, beating Iowa 23-3, sending Dan McCarney out with a win against Mizzou and beating Colorado on Senior Day.

I don’t have much to say about this jersey except it was cooler than the blue jersey we wore in 1931.

Bonus content: Those are WINGED HELMETS folks. When did Michigan first have winged helmets? 1938.

Matt Campbell’s first win came in these anthracite(?) jerseys. Maybe I’m having fond memories of San José State’s blue popping in comparison but this wasn’t a b a d look. If only the “IOWA STATE” was also outlined. My problem with these jerseys is that the shoulder stripes feel different, as they’re smooth instead of the ridges felt on the 2008-2017 home/away/alternate.

Moments: Getting Matt Campbell’s first win as a coach at Iowa State and scoring 16 straight points to almost beat Kansas State at Homecoming 2016.

Jim Doran, one of the best ends in school history, got to wear these beauties.

This jersey, a modern take on the 1978 Home(at the Bowl)/Away was the jersey that put Iowa State on the national scene time and time again.

The phrase “great taste, but awful execution” comes to mind here. On one hand, I really like that we tried to be era appropriate with a jersey that included Jack Trice era stripes. On the other, having mismatched numbers on front and back made it lose some points. Additionally, as we found out later, this jersey isn’t era accurate in color.

To close, at least the socks looked cool. 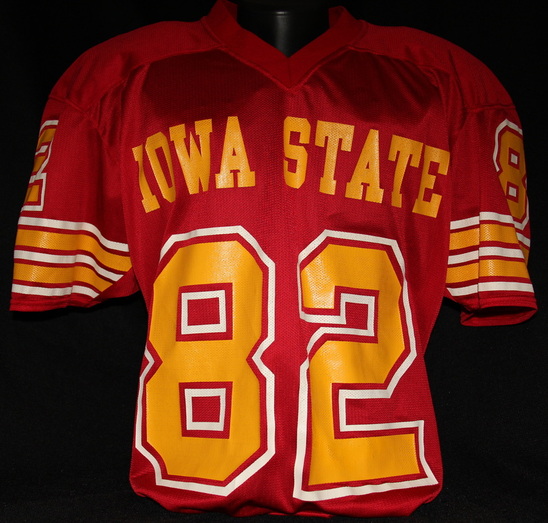 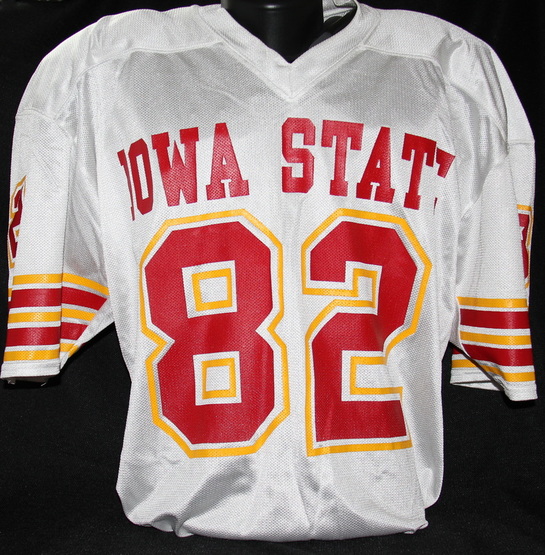 This jersey isn’t remarkable as it does look like something you’d find as a fan jersey. But, to me, it looks better than the next jersey on this list as it isn’t mesh. 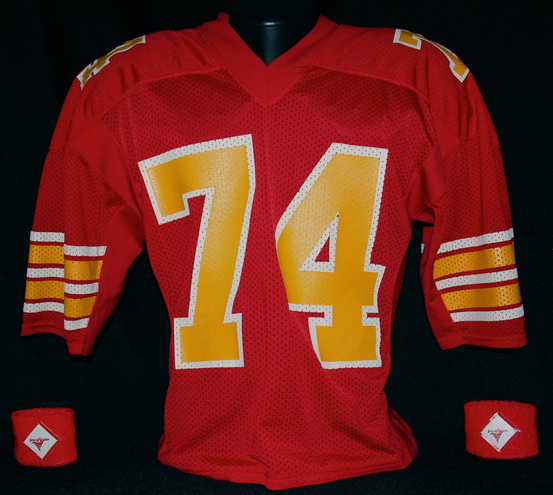 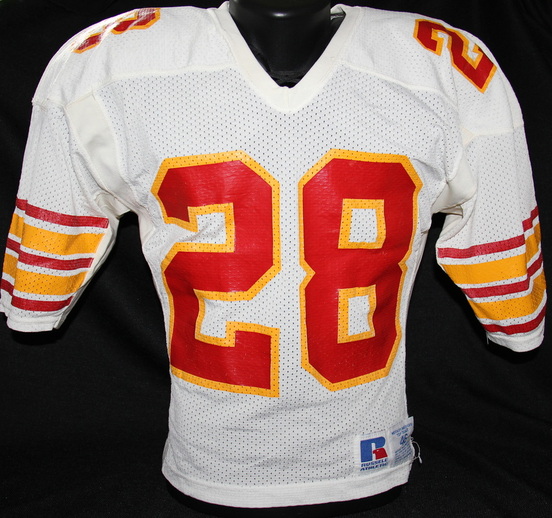 Other than that, it’s not that remarkable as it looks like a worse version of the 1971/1972 jersey. In fact, I found a fan jersey of this at a Des Moines Goodwill for $2 and I think I still overpaid.

The Earle Bruce era home jersey was terrible. A red jersey with white numbers, wake me up when I give a care.

All of the above jerseys are the same.