Curious to learn about the Cyclones that started their professional basketball career from 1946 to the 1980s?

To the user Cycago Bear, you commented on one the professional football series of this on March 5, 2018 requesting a series such as this.

In my time-honored tradition of starting many articles but never finishing any of them, hopefully this finds you, and everyone else curious, well.

Harold Crisler (December 31, 1923 – November 2, 1987) came to Iowa State after transferring from San José State for the first three games of the 1943 football season.

Crisler was the highest scoring end in the Big Six with three touchdowns, two against Nebraska.

The reason for Crisler’s hasty departure was due to his graduation of the Navy diesel school, which lead to him being ordered to report to San Diego.

Carl (April 1, 1918 - March 14, 1997) went to Waterloo East before spending the 1940-1941 season with the Cyclones. Bruch was in the Army during World War II, and after the war he played one game (one foul) with fellow Cyclone, and next on this list, Price Brookfield.

Until his retirement in 1979, Bruch was the manager of the Manufacturing Project Division of Plant and Production Engineering for Deere & Co., per his obituary.

Jared’s fun fact: Brookfield appeared in 13 games with the Borger Gassers (West Texas-New Mexico League), going 2-3 as a pitcher and having a .435 batting average in 23 at bats in 1942.

His first professional stop was with the Baltimore Bullets in the ABL in 1945-1946.

Next, with the NBL winning Chicago American Gears, Price averaged 4.5 points per game.

Brookfield was also the first NBA player in Cyclone history, scoring 476 points while there.

He finished his basketball playing career in the Indiana Professional Basketball Association with the Muncie Brammers in 1953-1954.

After retiring from playing, he was a high school coach and teacher for 25 years in Indiana.

Petersen, number three in the above picture, spent all five seasons in the NIBL on some very poor (win-loss wise) Milwaukee Allen-Bradley squads.

Don Paulsen - One Season in the NIBL

Don (August 7, 1924 - Dec. 31, 2013), who scored 180 points during the 1949-1950 season, “served three years in WWII with the Illinois Infantry Division in the South Pacific and participated in the first invasion unit to land at Wakayama during the Japanese occupation”

Dudley Ruisch - One Season in the NIBL

Gary Thompson will be one of the first recognizable names in a sea of more or less unknown players. The “Roland Rocket” was the first basketball player in school history to score over 1,000 points, as well as the first multiple sport All-American in Iowa State history. He would be the Big Seven Player of the Year in 1957, and was also an outstanding shortstop on the 1957 College World Series team, hitting .311 with four home runs and 18 RBIs.

Legendary Kansas coach Phog Allen had high praise of Thompson, saying “Inch for inch, Gary Thompson is probably as good a player as the Big Seven has ever seen, and it’s seen some fine ones.”

33 spots after Thompson was drafted, legendary Syracuse running back Jim Brown was drafted by the then-Syracuse Nationals (now Philadelphia 76ers).

He would later get into broadcasting for NBC, and would retire as a broadcaster in 2005. Gary is part of the inaugural Iowa State Hall of Fame Class of 1997.

Against Wilt Chamberlain and No. 1 Kansas, Crawford scored seven points in the 39-37 upset.

On February 27, 1960, the 6’7” Whitney pulled down 22 rebounds (in five overtimes), and just two days later he pulled down 23 against Missouri. He had 19 double-doubles that season, good for fourth best in a season in ISU history. He was the second African-American to ever play basketball at Iowa State.

In the Eastern Professional Basketball League, he scored 28.4 points per game with the Allentown Jets in the 1966-67 season, which would be the highlight of his professional career. In 2013, Whitney was inducted into the New York City Basketball Hall of Fame.

Hank was inducted into the Iowa State Athletics Hall of Fame in 2018.

Vince (Vinnie) Brewer was named Big Eight Conference Tournament MVP in 1959, and he scored 14.1 a game and averaged 9.2 boards a game. Per the December 11, 1961 issue of Sports Illustrated, Brewer is “a hot-shot junior, who scored 366 points in his sophomore season and then dropped out of school for a year.”

Brewer scored 22 points in a 1959 game against Washington, the then-high-water mark for single game scoring at Iowa State. Brewer finished his Cyclone career with 1,027 points.

The cager was dubbed a sparkplug by The Indianapolis Star on December 8th, 1962.

He spent two seasons with the Scranton Miners, though no season stats could be found.

As a Cyclone, Zaid is one of the best ever, scoring 1,672 points and grabbing 1,025 rebounds over three years. In 1968, he was a third-team All-American and Big Eight Player of the Year. He’s second all time with 20 double-doubles in one season (1968) and has the most double-doubles in a career with 54 (he averaged 22.3 ppg and 13.7 rpg). The 22.3 ppg is the highest for a Cyclone over their career, and he also holds the season record for free throws made with 210. Zaid had 24 rebounds on three separate occasions.

His rebounding talent is seen in the video below.

Before coming to Iowa State, Duarte played in the 1964 Tokyo Olympics, averaging 9.0 ppg, with the Peru National team. At these Olympics, Raúl set a Guinness World Record for the most siblings to compete in a single Summer Olympic event.

However, before the Olympics, the Peruvian team took on Iowa State and Raúl scored 22 points despite fouling out with over ten minutes to play in the game.

After not making it on the Rockets, Duarte played for semi-pro teams such as: Trans World Air Lines TWA., Golf Oil, and Gillette.

Cain’s basketball career came to a brief halt after being cut by Portland, so he went off to Belgium to play a season and then he returned to Chicago to pursue a working career. He soon got a call from an agent in Vichy (France) to come back and play in France. He would play at Vichy from 1972-1975, even leading the team in scoring in ‘74-’75 with 843 points that year. Even with Cain’s outstanding play, Jeanne d’Arc de Vichy was demoted to Nationale II (the French second tier league).

In 2002, Cain was inducted into the Iowa State Hall of Fame.

Andrew Parker led the Big Eight in scoring in both 1978 and 1979, scoring 605 and 548 in each respective season. He is ninth all time with 391 free throws made in his career. Coach Lynn Nance called him “one of the best one-on-one scorers in the country,” according to the attached newspaper clipping. He was a first team All-Big Eight selection in 1978 and 1979. At the time he graduated, he was the 13th highest scorer in Big Eight history. He is third all time with 44 consecutive games with double digit scoring.

As a member of the Bullets, Parker went on a basketball tour in August-September 1979.

With the Maine Lumberjacks (Continental Basketball Association), Parker appeared in 84 games for the green and black (from 1979-1981) clad basketballers from Bangor, averaging 22.8 points per game (1,919 total points).

After making it all the way to the final rounds of cuts, he was eventually released by the Nuggets and made his way to the Wisconsin Flyers and Wyoming Wildcatters during the 1986-1987 season and in 30 games, 8.6 ppg and 2.6 rpg.

He would then go to the Cedar Rapids Thrillers and bounce around the CBA (becoming the CBA’s three point champion in 1991) until the Golden State Warriors picked him up for a ten day contract on March 2, 1993. 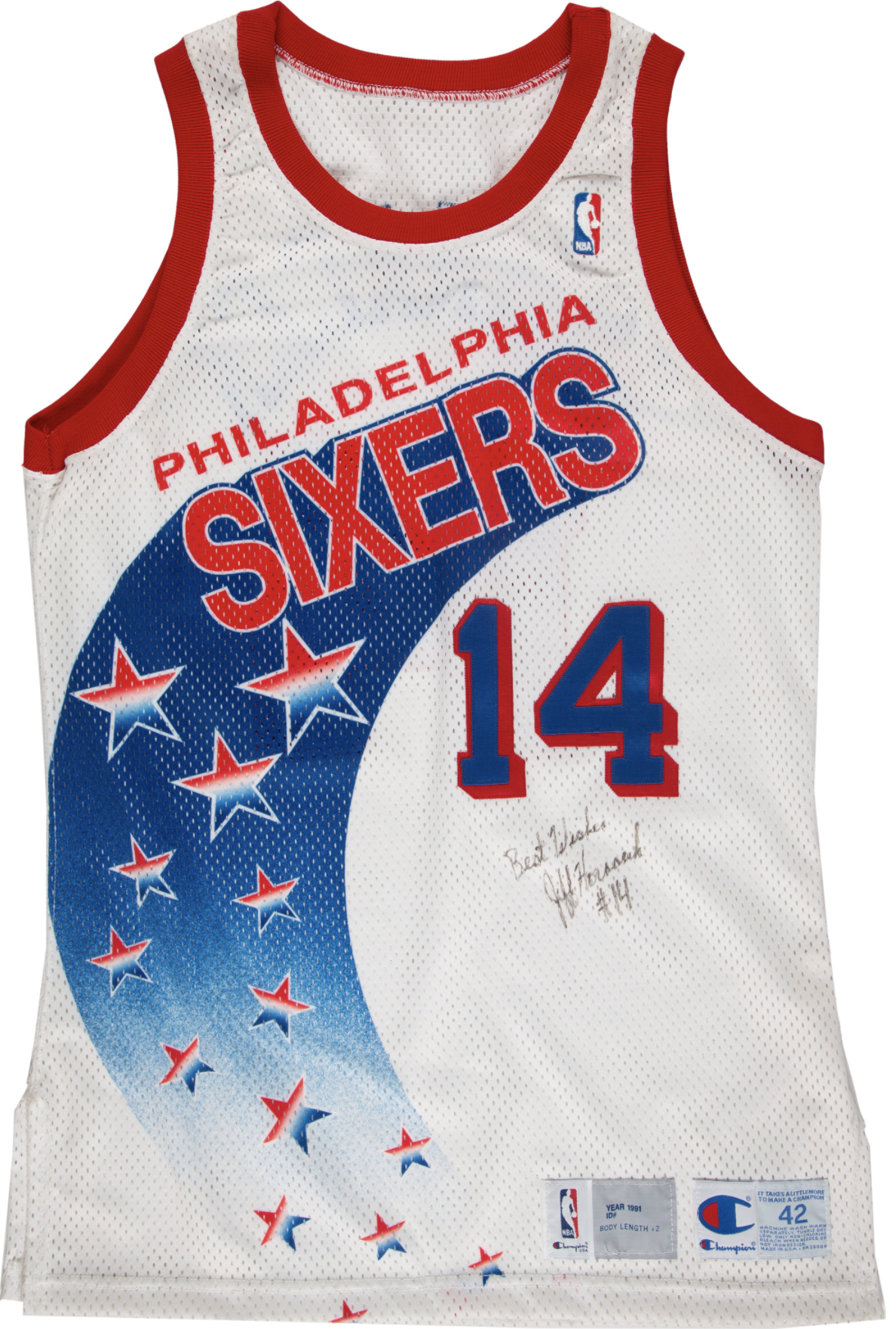 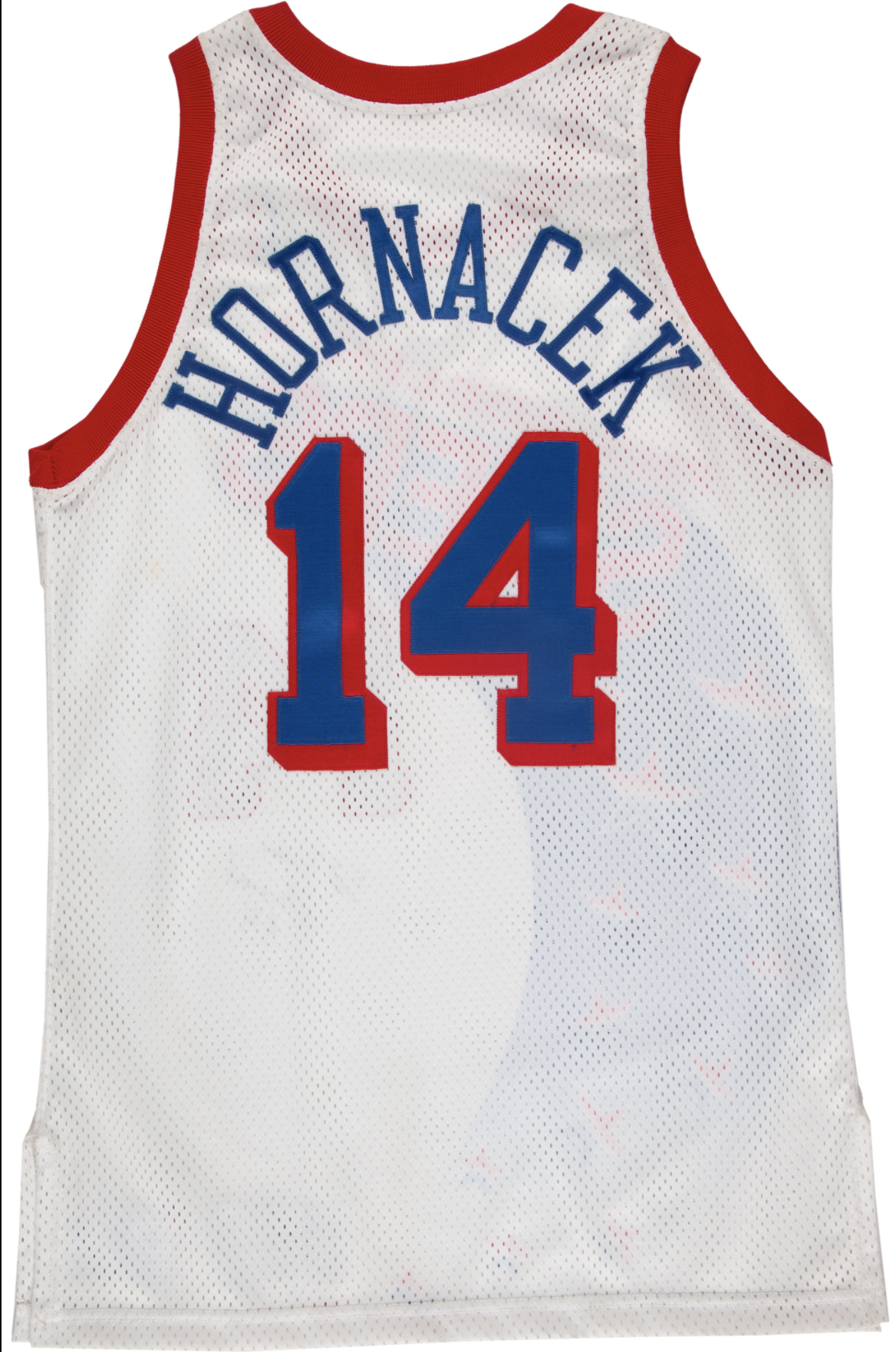 The Second-Team AP All-American in 1988 also had his number 44 retired that year, and later that year, at the 1988 Seoul Olympics, Grayer won a Bronze Medal and averaged 6.9 points per game.

Lafester is one of the most prolific Cyclones in school history with his 54 point performance against rival Iowa in 1987.

Despite being drafted first overall, he never played for the Sizzlers. In fact, it’d be apt to say his pro career fizzlers-ed out because of a broken leg and a suspension.

Rhodes was a hot commodity coming into Ames, but he, and to a greater extent his mother, thinks Iowa State failed him as Ted Gup’s piece, “Foul!” from Time on June 24, 2001 explains below. It’s wordy, sure, but to me at least, an interesting read:

On the night of Dec. 19, 1987, Lafester Rhodes did what no one in Iowa State history had done before. He scored 54 points in a single game, razor-edging rival University of Iowa 102-100. No one who saw that game will ever forget Lafester Rhodes.

Back in 1983, when he graduated from Manassas High School in Memphis, Lafester was a hot property. Despite a 1.9 grade average and a meager 17 on his ACTs, he was courted by more than 80 colleges, some tempting him with offers of money, clothing and jewelry. “Assistant coaches would take me outside my house and show me some stuff,” he remembers.

For an 18-year-old, it was all too much. Lafester was six the last time he saw his father, and his mother had two failing kidneys. The family lived on her Social Security and disability checks.

Lafester was excited and confused by the swarming recruiters (he still keeps their letters in a Nike shoe box under his bed). “I didn’t really know what was happening,” he says. “I didn’t have a father to guide me, so I decided.”

Lafester’s choice: Iowa State. Coach Johnny Orr had flown to Memphis, where, says Lafester’s mother Elsie, “he made two promises — that he would graduate and that he would play pro ball.” Lafester did neither. Today, Elsie is bitter. She feels Iowa State did not keep its word. “My momma talks about it - every day,” says Lafester, who after five years left Iowa State a few credits short of a degree in family and consumer science. He took twelve hours of classes, but often put in 20 hours of practice a week. Ironically, it was his freshman year, when he was ineligible to play, that gave him the most satisfaction. “It was great for me. I got to be like a regular student.”