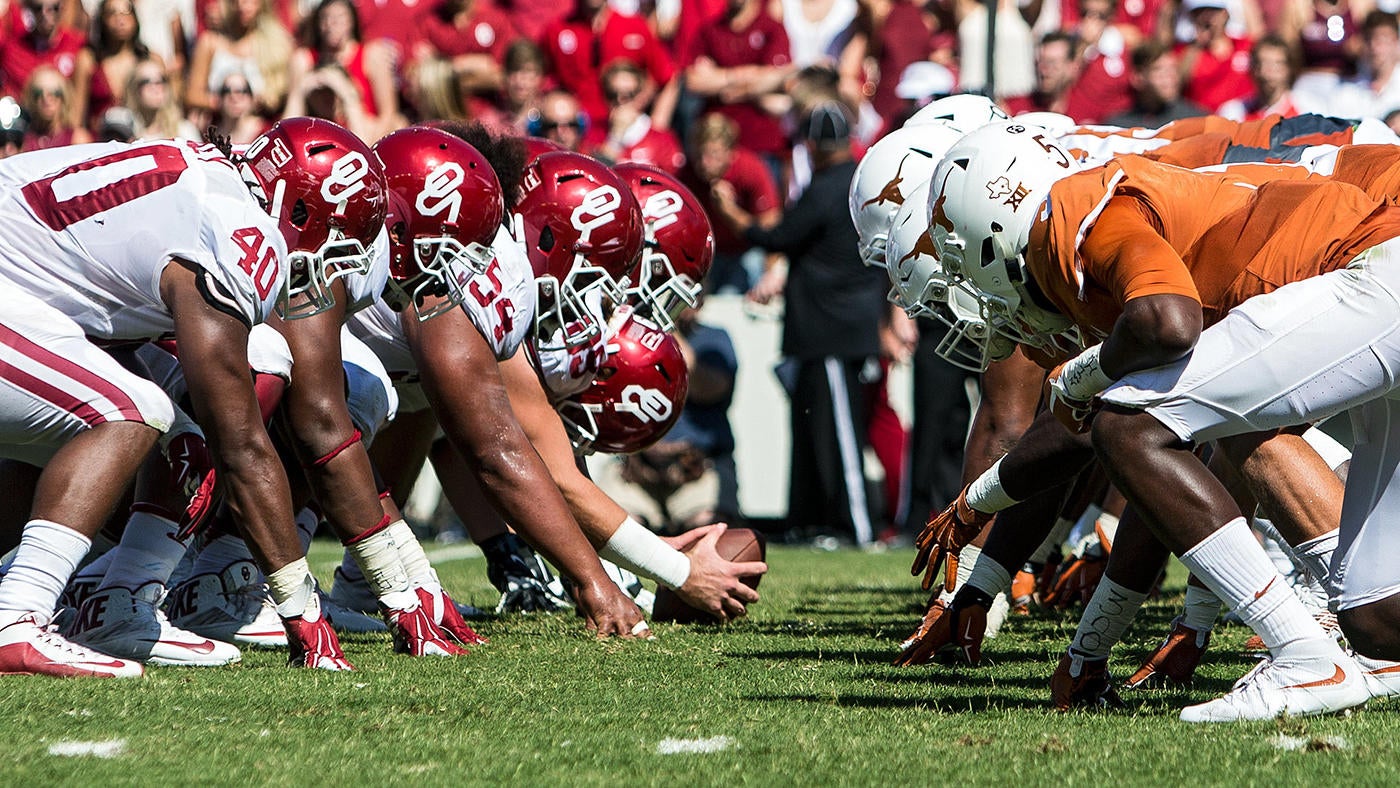 We’re living in the end-times of College Football as we know it. The big name schools of Texas and Oklahoma are finishing what they helped start ten years ago. And it’s a shame, because it doesn’t have to be this way.

Here’s my proposal to save the game: The Power 5 schools, with a few select allies, band together and form a regionally-based, competitively balanced district system. Conferences can be maintained for other sports, but with football being so unique, this district format would be ideal.

This system is inspired by the system used by Iowa High School Football, and would allow large schools the freedom to schedule nationally-relevant games while still protecting mid-sized schools.

Overview of the District System: Eight districts are created, with eight teams each:

Schools are required to play 7 games against their district rivals, as well as 3 crossover games with other members of the system. Any additional games would be up to their discretion. There would also be a select group of Independent schools who would be counted as crossover members (Notre Dame, BYU, Navy, etc).

Admittedly, this district is a meat-grinder. UCF is invited due to their continued growth as a program, as well as adding some balance to an otherwise top-heavy lineup. The 2nd-Place team in this district would be in the conversation for an At-Large birth in the playoffs.

Another strong district, with their runner-up also in the conversation for an At-Large birth in the playoffs.

Resurrect the Big East, and give schools like West Virginia a much, much, much better travel schedule. With three mandatory crossover games, Penn State can add non-district schools like Ohio State, Michigan, and Notre Dame to maintain a national profile.

Cincinnati gets an invitation as a strong program that fits naturally within the geography of this district. Michigan and Ohio State would be annually competing for a playoff berth, and still having the flexibility to schedule 3 or more high profile schools from outside of their district.

As an Iowa State alum, I love this Big Eight/B1G West lovechild. Iowa State would still have the ability to schedule non-district games against rivals such as Kansas State, Oklahoma State, and Texas Tech. Wisconsin and Nebraska could crossover to old rivals like Ohio State and Oklahoma to balance out their schedules.

Houston gets our third and final invite from the Group of 5 to balance out this Texas-centric division. I know everyone reading this is worried about Texas, they can still schedule 3+ non-district games against the likes of Oklahoma, Alabama, and Florida.

Another Big Eight reunion, supplemented by some outliers from the Pac-12. Admittedly, this district has one of the rougher travel schedules, and the Oklahoma and Arizona schools will be upset they aren’t playing rivals in the recruiting hotbeds of Texas and California. To appease these schools, there would be a mandate that Pioneer members are guaranteed annual games against a member of the Lonestar (Texas-centric) and Pacific (California-centric).

The Pac-8 was a beautiful conference, and we maintain those traditional rivalries here. With a mandated game against the Pioneer, a school such as USC could play 3+ national opponents such as Oklahoma, Texas, and Ohio State. This would make for fun, engaging football.

These schools would be unique, because while they aren’t members of a particular district, a match-up against them would be counted as one of the 3 mandatory crossover games.

Notre Dame would be allowed to fill out it’s national schedule that it craves as an Independent.

The service academies are one of the best parts of college football, and I would personally love seeing Iowa State matchup against Army, Navy, or Air Force every few years.

Brigham Young and Boise State have always been odd-fits in whatever conference they’ve joined, but are solid programs worthy of being Protected Independents.

Wake Forest and Vanderbilt, being small, private schools would have a hard time being competitive in the Appalachian. Here, they are protected with nearby schools incentivized to schedule them whenever possible to fulfill one of their three Crossover Games.

Hypothetical Schedules: Here’s a chance to visualize what this would look like for a given school.

Playoffs: Each district winner would be given an automatic birth in the 10-team playoff bracket. Two At-Large teams would also be invited, with a play-in round against the lowest ranked of the district champs. This creates a March Madness-like event for college football, while also guaranteeing the regular season maintains importance as teams chase a playoff berth.

Is this District System likely? Unfortunately, no. Spoiled fanbases with rich donors have hijacked our sport, and it's a damn shame. It would take something drastic, but this plan could be the best way to save College Football.