Ty Rushing, this one is for you

Saturday evening, we should know how the Iowa State Cyclones performed against the Southeast Missouri (SEMO) Redhawks in the first gridiron battle between the two schools.

Sure, Houck Stadium located in Cape Girardeau, Missouri, is about 480 miles away from Jack Trice Stadium, but like every opponent on the schedule, there’s at least one Iowa connection.

SEMO, Sept. 3: Dan Peiffer, a class of 1973 graduate of Southeast Missouri, was inducted into their athletic hall of fame in 2004. Peiffer was the starting center all four seasons and was the captain of the Chicago Bears in 1975.

He was born in Sigourney on March 29, 1951, and attended Keota High School.

On Aug. 10, 2020, the day of the derecho in Iowa, Peiffer interviewed with the author while the power was out at The News-Review in Sigourney.

The athlete pictured at the far right in the front row is Nile Kinnick Sr., who won letters in 1913 and 1914.

ACϟDC, a well known rock and roll band from Australia, has had their 1980 song “Back In Black” play before pregame at Kinnick Stadium since 2005.

While his record wasn’t anything to write home about, 8–45–2 overall and 6–34–2 in Mid-American Conference play, Lichtenberg got Iowa State wide receiver Stan Hixon to get into coaching as he was just “a good role model,” per Hixon’s interview with the author in 2018.

Lichtenberg coached one season at Maine, 1989, where his Black Bears got all the way up to No. 4 in the country before falling in the first round to No. 9 Southwest Missouri State (presently known as Missouri State) in NCAA Division I-AA first round action.

The following is from an Ohio Bobcats media guide:

“Peden Stadium has seen a number of milestones in recent seasons, beginning with a visit from Iowa State in 2001. The first ever member of a Bowl Championship Series conference to play at the “Wrigley Field of college football”, the Cyclones met the Bobcats in front of a then-stadium-record crowd of 24,000 fans.”

From 1987 to 1993, Burrow was the secondary coach under head coach Jim Walden. In 1994, Burrow wore his prior hat and a hat as co-defensive coordinator.

In 1995, Burrow started his high school coaching career of the Ames High Little Cyclones where he would remain an assistant until 1998.

Burrow, and his son Jamie, would go all the way to the state championship with the Little Cyclones in 1996.

Burrow succeeded Kirk Daddow, who was at the helm of Little Cyclone football for the prior 17 years, for the 1999 and 2000 seasons. 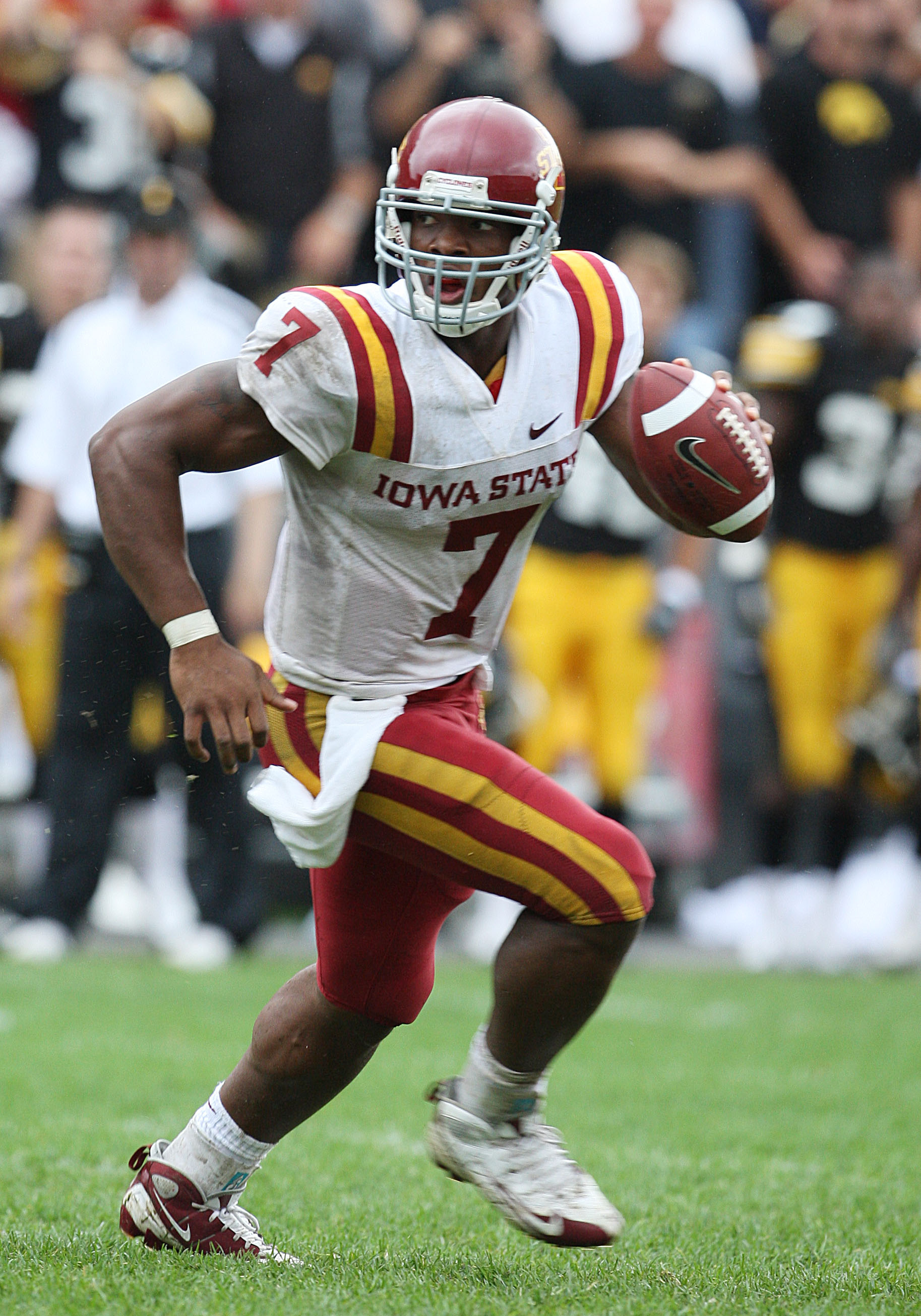 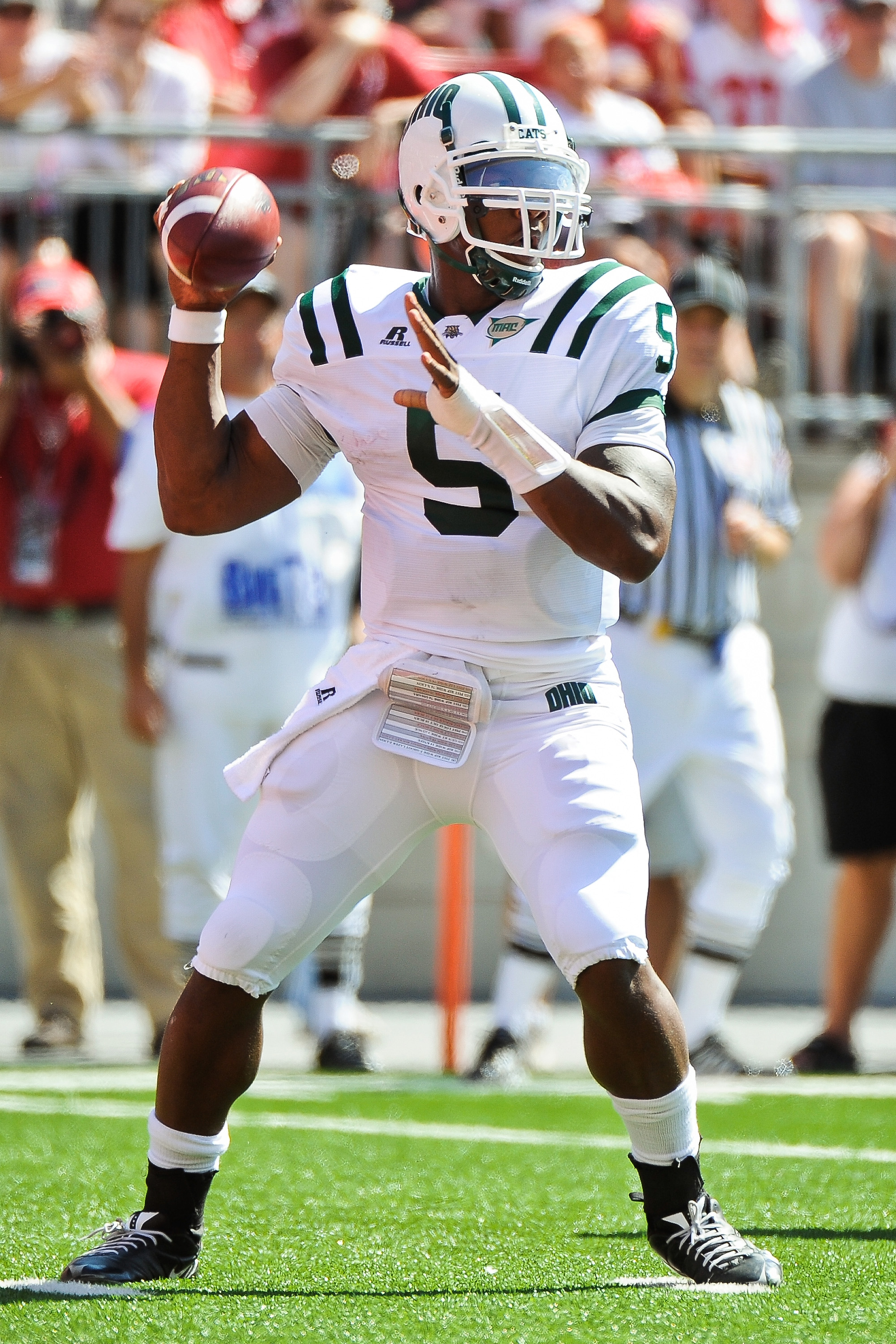 Phillip Bates is probably best known for his 38 yard reception on a 2nd-and-13 on the Cyclone 46 with under two minutes in the game against Iowa in 2007.

Bates transferred to Ohio after the 2008 season where he tallied nine touchdowns (five passing, three rushing and one receiving) and 1,465 yards from scrimmage.

He spent some time in the Canadian Football League in 2015 and 2016. There, with Toronto and then Saskatchewan, he had 13 receptions for 213 yards and a pair of touchdowns.

She led the Little Cyclones in assists in 2018.

At Baylor, Wilson appeared on the Big 12 commissioner’s honor roll in fall and spring 2021 per her Baylor bio.

During the 2021 season, she appeared in five games and recorded three shots and one on goal.

“We like the setup,” they were quoted as saying.

“Referring to the Ames campus and the full scholarship aid of room, board, tuition, book and $15 per month,” per the article on their commitment.

Sayers went on to play football at Kansas and Breakfield went on to play at Luther Junior College in Wahoo, Nebraska for a single season before working “for 35 years as the print shop supervisor for the Kirkham-Michael engineering firm.”

Sayers and Breakfield are buried 10 minutes away from each other in Omaha.

Redshirt senior Hayden Hatcher, who spent two years at Iowa Western, is on the two deep depth chart for the Jayhawks in their season opener against Tennessee Tech.

Hatcher is a graduate of Lewis Central High School in Council Bluffs where he had two interceptions, including a pick six, 73 tackles and 15 1/5 tackles for loss.

Specifically, Klieman hails from Waterloo, where he attended Columbus Catholic High School where he was a quarterback and defensive back for the Sailors.

From 1986 to 1990 he was a member of the University of Northern Iowa’s secondary.

Van Gent coached Texas football in 1916 and guided them to a 7-2 record. He coached their basketball team that winter and led them to a 12-3 (7-1, Southwest Conference) record and an SWC title.

The following is from Texas’ 2010 media guide.

“Conrad Eugene Van Gent, a former three-sport star at Wisconsin, replaced Dave Allerdice in 1916 and continued the winning tradition. A 6-foot-3, 200-pound man, Van Gent was from Ottumwa, Iowa, and was an all-star in football, basketball and track for the Badgers. He had worked two years on the University of Missouri staff and the UT Athletic Council, led by the first-ever athletics director Theo Bellmont, had to raise its offer from $2,250 to $2,500 as a result of Missouri’s efforts to keep him.

The 1916 campaign was the season when the Texas A&M students kidnapped and branded the Longhorns’ mascot, hence Van Gent personally witnessed the birth of the name “Bevo” for the school’s favorite steer.

Van Gent led the team to a 7-2 record and an Southwest Conference-best 5-1 record (although a conference crown was not awarded in 1916). However, when the season was over, the world was about to change. More than 500 students and Van Gent left the Austin school when the United States declared war on Germany. The UT coach reported to the First Officers’ Training Camp at Camp Funston, near San Antonio in May 1917. He returned after the war as an assistant coach but left after the 1919 season. Van Gent then moved to California and entered private business. He returned to college coaching briefly at Stanford, posting a 4-4-2 record in 1922.”

Mack Brown was the wide receivers coach of the Iowa State Cyclones in 1979 and the offensive coordinator in 1980 and 1981.

During his tenure, the Cyclones went 2-1 against Iowa. In 1981, the Cyclones tied No. 5 Oklahoma and rose to as high as No. 11 in the national rankings.

Since 2006, K.J. Kindler has been at the helm of Sooner women’s gymnastics.

According to her bio on soonersports.com, “As an ISU gymnast, Kindler was a three-time MVP for the Cyclones and runner-up in the all-around at the 1992 Big Eight Championships. She was the school’s first individual NCAA Regional qualifier and competed three times in the postseason meet.”

Kindler was a communications major at Iowa State.

The Cyclones were 2-5 against Holgorsen, but won against him in his last appearance in the “Riot Bowl” in 2018.

Sonji Ketiku, per the 2006 Oklahoma State media guide, played at Buena Vista University in 2002. He sat out the 2003 season due to injury and transferred to the Cowboys in 2004.

Ketiku “played eight games as a true freshman and had three interceptions for the Beavers. He also ran track at Buena Vista and went to nationals in the 400-meter run and the 4x400-meter relay.”

Max Duggan, a senior signal caller at TCU, was a prolific quarterback at Lewis Central. He was named the Iowa Gatorade Player of the Year in 2018. He passed for over 2,100 yards and 24 touchdowns as a senior while adding 1,200 yards rushing.

Justin Hackett is the final Iowa connection I am putting on this list as it is after midnight on Friday.

Hackett will be a member of TCU’s baseball team.

As a member of Winterset’s baseball team, his ability to throw a fastball 94 mph led Winterset to the 2022 state tournament in Iowa City.

His postseason was ended in the 3A State Quarterfinal by eventual champion Western Dubuque by a 3-4 margin.